The University of Pennsylvania’s advocacy for education accessibility among first-generation and low-income students is one of the reasons why it has been ranked as one of Diverse’s Top 100 undergraduate and graduate degree programs for minorities.

In order to provide accessibility and allow more students to attend the university, Penn has created several bold initiatives.

Through the Penn Compact 2020, the Ivy League university is focused on fulfilling underrepresented group’s financial needs with grant-based aid packages. 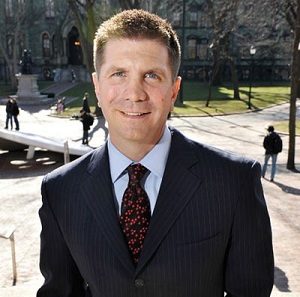 In 2016, Penn established the First-Generation, Low Income (FGLI) Program that aims to provide both academic and personal support to first generation and low-income college students. The program also gives students one-time Emergency Funding or Opportunity Grant, which could be used to cover the cost of textbooks, course fees or support a summer internship, according to Penn officials.

In addition to accessibility, Penn has a high graduation and retention rate among underrepresented minority students.

Eric J. Furda, who is the dean of admissions at Penn, believes that there are multiple parts in regards to graduation and retention success.

“The pieces for graduation and retention success are having a faculty committee that is with great intentionality taking a look at retention and graduation, identifying any gaps and then making sure that individuals that are responsible for student support on the academic side, on the social side, on the mental health and wellness side are all communicating with each other,” says Furda.

In order to help with the college transition period, students can join the University of Pennsylvania’s College Achievement Program’s (PENNCAP) four-week Pre-Freshman Program (PFP), which is open to any incoming first-year student. Housing and weekday meals are provided while students become adjusted to campus life and the city of Philadelphia.

“[With the cultural resource centers], there’s physical spaces on this campus where different ideas can come together,” says Furda. “These aren’t just spaces for those individuals who have those backgrounds to go to. It’s for all students to experience culture, language and identity. So having those types of spaces on campus helps facilitate what is, one other strong belief, that diverse learning environments create strong results because students are learning from individuals who have other perspectives from their own.”

Dr. Valarie Ena Swain-Cade McCoullum, who is the vice provost of university life, believes a diverse campus climate is crucial.

She was a first-generation and low-income student.

“There are folks like me who really think it is critically important to have universities represent the community,” says McCoullum. “And our community is extremely diverse and so we strive to have a university that reflects our community. There is work that we have to do but we are constantly at that work.”

Outside of the university, Penn also focuses on local middle schools and high schools through college preparation programs such as The University of Pennsylvania High School Upward Bound Program. The program prepares first-generation and low-income students for a four-year college education.

“You have pre-college programs that make a huge difference and Penn does a lot of work in West Philadelphia, in Philadelphia and across the country,” says McCoullum. “And actually now, around the world, recruiting the best and the brightest students including fabulous students of color.”

Most recently, Penn established the Power of Penn campaign that aims to raise $4.1 billion in order to allow more students to experience undergraduate opportunities without having to worry about the financial aspect.

“I think that we work very hard to promote a beloved community,” says McCoullum. “We encourage exploration. We encourage programming that promotes resilience. Because for so many students, even in 2018, it is sometimes challenging to move from a neighborhood, to move from family, often far away. No matter how smart and accomplished a student may be, there is always a sense that one would do best if one can find themselves engaged and a part of a community where a student is cherished. That’s what we work towards.”

Tennessee Delivers on its Promise

Agents of Change: Increasing the Millennial Vote at MSIs