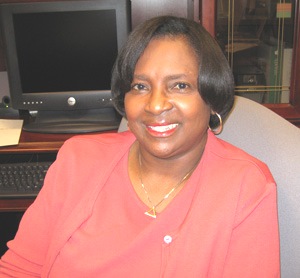 SAN FRANCISCO — One of Dr. Lillian Poats’ pet initiatives as dean of Texas Southern University’s College of Education is a book club in which students, faculty and staff read an agreed-upon book about urban education or minority school children and informally meet to discuss it.

“What’s great is that the book club has gotten us talking to each other instead of each of us going into our offices and closing our doors,” Poats said. “This has started a dialogue around our students and helps them better understand what it means to become a teacher working with minorities.”

Another successful TSU strategy in recent years, Poats said, has been group training in mobile technology for faculty who were not yet using smartphones and tablet computers. “Some faculty have grandchildren who could work phones and iPads, so we needed to get the faculty up to speed,” she said.

Poats’ remarks came during a workshop at the annual American Educational Research Association conference. The TSU dean spoke at a workshop titled, “A Dialogue with Deans of Education at HBCUs.” During that session, she and Dr. Marshá Horton, education dean at Virginia Union University, shared some of their best practices.

Horton said she frequently steers students to the university’s career services office to apply for one of the myriad internships ranging from McDonald’s to the White House. Because college students in her state cannot major in education, they instead major in interdisciplinary studies and focus on a specific content area.

As education dean for only a year, Horton adopted this motto: “It’s All About SWAG.” The acronym stands for “Students With Academic Greatness” and incentivizes young people to strive for good grades by rewarding them with signed certificates from Horton if they earn a 3.2 grade point average. So far, at least 10 percent of her students have qualified, she said.

Horton noted that her impetus for “SWAG” came from a similar practice at Albany State University, “so I’m not ashamed to borrow and share ideas.” Nodding at Poats, she voiced her willingness to launch an informal book club at Virginia Union, too, as audience members at the workshop laughed.

Devoted to the scientific study of education, AERA boasts more than 25,000 members. With a conference theme of “Education and Poverty: Theory, Research, Policy and Praxis,” the San Francisco event drew about 14,000 scholars and national thought leaders. For five days, they are examining a cornucopia of topics as diverse as rural education, queer studies, Catholic education, indigenous peoples of the Americas and charter school research and evaluation.

The HBCU education deans workshop was part of a slate under “Research Focus on Black Education.”

Poats said she spends substantial amounts of time painstakingly recruiting students to major in education “because they perceive other majors, like business, will be more prestigious.”

She has also managed to provide some financial support for faculty travel to professional conferences to present papers. Such support is key to encouraging their scholarly growth, Poats says, because their teaching load is frequently four or five classes at a time, “so they’re already struggling for time to write a paper of their own.”

The Houston-based TSU has 58 faculty members in its education school, including 6 tenured and tenure-track faculty members whom Poats hired in the past year. She also hired a visiting professor to specifically work with students in order to improve their performances on the required licensing exams to become teachers.

Poats said she doesn’t believe the shortcomings in her department vary much from those of her counterparts at traditionally White universities, “except for money, because we certainly do more with less.” As an example, doctoral fellows at TSU teach courses alongside the full-time faculty, rather than merely conducting research.

In the 1980s, TSU officials determined that its education school should focus on preparing teachers for urban communities, Poats said, “so we make sure that when they go into the inner city, they’re not in shock.”

Because some TSU students grew up in suburbs rather than in urban neighborhoods, “we need to work with them even more,” Poats said.

Dr. Chance Lewis, the Belk distinguished professor of urban education at the University of North Carolina at Charlotte, said he suggested convening the workshop featuring Poats and Horton because HBCUs still produce more than 50 percent of teachers of color in this country.

Furthermore, of the 20 institutions around the country that produce the most African-American teachers, nine are HBCUs, such as Bethune-Cookman College, Mississippi Valley State University and Fayetteville State University, Lewis said.

At least one panelist at another AERA conference workshop agreed with Lewis and the education deans.

Dr. Kimberley Freeman, an associate professor in educational psychology at Howard University, conducted a two-year study at two public HBCUs in which she examined the education of science and math teachers, especially how college culture and curriculum resulted in program effectiveness. Freeman shared her findings at a workshop titled, “Public Schools, Universities and Leadership Positions for STEM People of Color.”

Based on classroom observation and interviews of faculty and focus groups of students, Freeman found that the nurturing, family-like atmosphere at HBCUs was one of the most commonly cited pluses. Students gave high marks to teachers willing to use multiple pedagogies rather than merely lecture. Students also valued the early-career field experiences in schools so they could connect course work to practice, Freeman said, adding, “HBCUs can lead the nation” in producing minority science and math teachers.

Federal spending for HBCUs is up: agencies from the CIA to the Veterans Administration increase grants, fellowships and gifts – historically black colleges and universities, Central Intelligence Agency