Competency-based Education a Promising Option for Many Students - Higher Education

Competency-based Education a Promising Option for Many Students 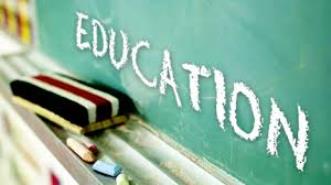 When Serhat Cakmak was searching for a college to earn a bachelor’s in business administration, he was looking for a “real university,” not one of those schools with ads on TV or “all over the Internet.”

He soon discovered Northern Arizona University on a blog and enrolled in the 116-year-old institution’s new competency-based education program—formally known as the Personalized Learning initiative—after being impressed with what a student in the program had to say.

The online program offers degrees in computer information technology, liberal arts and small business administration for a flat subscription fee of $2,500 per six months. Students can begin year-round and study at their own pace.

Cakmak, 28, a native of Turkey who works as a sales director for a hotel chain in suburban Philadelphia, said he is glad he found the program because “it really allows you to do the work faster if you can, and if you have other stuff going on in your life, it gives you the flexibility to work on your schedule.”

Asked if the stuff he was learning at NAU’s competency-based program was worthwhile, Cakmak said: “Yes, because you don’t have to go through the things you already know.”

“For example, I had a couple of lessons where it was mostly about business and customer relations and all that, which I think I’m an expert of because of the last ten years I spent my time in hotels with guests and numbers and the business aspect of the hotel business,” Cakmak said. “For me it was easy to go through the lessons because those were the things I already know.”

But when it comes to his computer information technology classes, Cakmak said “there was a lot of lessons about database systems and technical things which I didn’t really know,” so he went at a slower pace.

Cakmak is part of a growing trend of students who are turning to the world of competency-based education and all the flexibility that it affords.

While a new report from the American Enterprise Institute says “too little is known about the landscape of competency-based education providers,” administrators of the schools say their approach is poised to become the predominant mode of delivery for education.

“I think that competency-based education is the future of all education in the country,” said Fred Hurst, Senior Vice President at Northern Arizona University.

It’s too early to say if that’s the case, but, according to “The Landscape of Competency-Based Education, Enrollments, Demographics, and Affordability,” students in CBE programs represent a sizable portion of the student population.

Among other things, the report states that:

• A total of 34 colleges have active competency-based education programs that offer credit for at least some types of prior learning assessment, or PLA.

• Only nine standalone competency-based education institutions have demographic data available. “Those nine colleges enroll roughly over 140,000 undergraduates and 57,000 graduate students,” the report states. “At eight of the nine schools, over 50 percent of students enroll as part-time, although that term has a different meaning in the CBE context.”

Among those nine standalone CBE colleges:

• An average of 68 percent of undergraduates go part-time.

• An average of 56 percent are female.

“First, it allows students to move at their own pace, perhaps shortening time to a degree, and, second, competencies can provide a clearer signal of what graduates know and are able to do,” wrote Robert Kelchen, author of the report and assistant professor of higher education at Seton Hall University.

“Yet for all the enthusiasm that surrounds competency-based approaches, a number of fundamental questions remain: What kinds of students are likely to choose competency-based programs? How do students in these programs fare in terms of persistence, completion, and labor market outcomes?”

At Northern Arizona University, it’s too early to tell. The school’s personalized learning initiative is new and only has three graduates, according to Hurst.

But Hurst argues that, just as classrooms once became the best way to educate large numbers of students, today the best way to accomplish that end is via computer technologies that enable students to study and progress at their own pace.

“The problem that we have with our current education system is teachers have to teach to the middle or to the low end even,” Hurst said. “But what if you could have students who understand more about a subject area go faster and those students who need to take more time to understand go slower?

“With a regular classroom it’s difficult to do that,” Hurst said. “It can be done, but you can’t do it with that many students very efficiently.”

Not so when computers enter the picture.

Upon request from Diverse, Cakmak described how his classes work and how precisely he is able to study at his own pace.

Despite how easy it sounds to study at your own pace in the convenience of your own home, Cakmak cautions: “Once you get into it it’s much harder because you have to learn everything by yourself.”

“There’s no one saying you have to do this right now or this might be on the exam,” Cakmak said. “You really need to be at home and have your own space where you can really focus and read the materials and study.”

Students are offered the chance to take a three-hour pre-test with 15 to 25 questions if they think they know enough about a particular lesson or study area to bypass it.

“They are pretty much open-ended questions where you have to type everything you know, which allows them to see if you are taking the text from somewhere else or if you really know,” Cakmak said. “If you’re taking from somewhere else, you will get a disciplinary action,” he said, clarifying that he knows this from being advised of such at the beginning of the class, not as a result of violating the policy against plagiarism.

Professors review the exams within 48 hours.

“If you get 86 (percent) or more you can opt out of that lesson,” Cakmak said. “If not, you go into the lesson material.”

After a particular lesson, students are given a post-test and “you still have to get 86 minimum to move to the next.”

While CBE programs are said to be more affordable for students, Kelchen states that it is “not a foregone conclusion” that CBE programs will save money for all students.

“Federal regulations do not allow students attending many of the most innovative programs to receive federal financial aid,” Kelchen said. “For students with financial need, the net price of a CBE program may be higher than that of a traditional program, accounting for financial aid discounts.

“Also, if a student progresses too slowly through a CBE program, the price of the program may exceed that of a regular program.”

Hurst says the subscription model incentivizes students to get their degrees in a timely manner.

“We say the student can learn as much as they can but go as slow as they need to to master the material,” Hurst said.

Cakmak said he earned 21 credits since his first six-month subscription began in September. For his next subscription, he said he thinks he’ll be able to go even faster because he knows more about how the system works and what the expectations are.

Cakmak says he doesn’t expect to see a rise in his salary as a result of his college education. But that’s not what he’s after. Earning a degree is a personal goal that has eluded him since he left Turkey for the United States. The credits he earned back home didn’t transfer because of differences in the Turkish and American higher education system. But that doesn’t bother Cakmak.

“The goal is not to get the degree,” Cakmak said. “I wanted to go to get the experience.”