In an age of increased competitiveness, college students believe that an internship — even an unpaid one — is critical in helping them to achieve their first entry-level position post-graduation.

That’s the findings of a new survey released by Looksharp, which owns and operates InternMatch.com, one of the largest internship and entry-level websites in the nation. 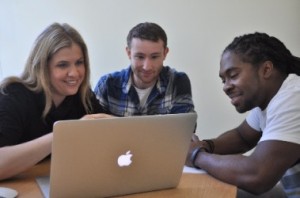 According to the data from the survey titled “State of College Hiring,” this number dramatically increases as students move closer to their senior year and begin making plans for life after graduation.

While some college and universities require that certain majors hold internships throughout their college experience, most schools leave it it up to students to locate and apply for internship opportunities. According to the survey, 8 out of 10 students have created online career profiles to assist them in securing an internship or a job.  But that alone may not be enough.

“There is a great deal of variance when it comes to the issue of internships and that is part of the problem,” said Dr. Ken Parker, an education consultant who has researched the work trends of students who have graduated from college with internship experience. “If college students are encouraged to seek out opportunities to enhance their learning in the classroom, many of them will. If they are not provided guidance and direction, they often will not.”

In an age of fiscal cutbacks, Parker said that career centers at universities are often the first to be downsized. “These outlets are important because they help students to prepare their résumés and they are often good at offering sound advice on how to interview for a position,” said Parker. “We have to help students early in their academic career begin thinking about how to transition into the marketplace. By the time they get into their senior year, it’s often too late.”

About 61 percent of students say they are not upset by unpaid internships, but the survey indicated that paid internships did increase the chances of students gaining full-time employment in the long term. Students in particular majors such as engineering, computer science, accounting and finance were more likely to be paid for their internship than those in the liberal arts.

The data for the “State of College Hiring” was collected through a 52-question online survey, conducted between April 9 and 14, 2015.