After showing compassion for Harvey victims by taking a number of selfies in Houston on Saturday, Donald Trump declared Sunday to be the National Day of Prayer. 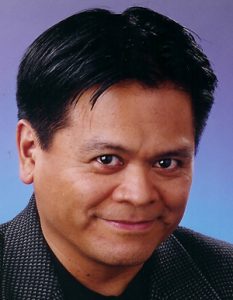 But the shallowness of his compassion was revealed late Sunday when sources inside the White House leaked that Trump had decided to end the Deferred Action for Childhood Arrivals program (DACA).

And now you should add to your prayers the fate of some 800,000 so-called DREAMERS.

And make that a full month of prayer, if not six months’ worth.

Trump’s intention to end DACA, but give Congress six months to fix the policy, amounts to a failure in Trump’s ability to lead.

While he did make a pledge to end DACA on the first day of office, he has also said he loves the DACA kids and would deal with them with heart.

Instead, he’s doing what can only be described as cruel and heartless.

Trump’s willing to use DACA recipients as leverage to get what he wants, and it’s not a pretty political picture.

Trump was faced with a Sept. 5 deadline when Texas and 8 other states were ready to challenge the legality of DACA in court. That would have been the best solution.  But reports say Attorney General Jeff Sessions convinced Trump that immigration policy was the purview of Congress. So the formal announcement on Tuesday is expected to end DACA and leave it to Congress to save the plan.

I’m sure Trump expects it to be just the thing to get everything he wants on tax reform, the federal budget, Harvey aid, and money for his inane border wall idea.

This is political madness.

What has Trump done so far with a Republican legislative majority?

Remember his ineptness on health care?

Given the failure of the All-Republican Congress to work with the Trump administration to achieve any major legislation, the six-month window is just a cruel delaying tactic.

Trump does not have the political acumen to get a deal done.

Already, some GOP hardliners are saying good riddance to DACA and are saying no to a quick solution like amnesty for any recipients.

But others like Sen. James Lankford (R-Okla.) say the DACA recipients were brought through no fault of their own by their parents. Lankford insists “as Americans we do not hold children legally accountable for the actions of their parents.”

Even Republican Speaker Paul Ryan has come out in favor of DACA. Joined by Democratic legislators, DACA could be saved.

But given how legislation is made, who knows what roadblocks and conditions will bogg down the process.

Given the high stakes, it  could get far uglier before any solutions are found.

Trump, on the other hand, simply could have shown leadership and defended DACA on its own in the court fight in Texas. Simpler. Cleaner.

But he couldn’t do that.

Instead, he chose to use the kids he said he says he loves for his own purposes as pawns to appease a rabidly anti-immigrant base.

They are the only ones who cheer this failing presidency.

Emil Guillermo is a journalist and commentator who writes for the civil rights group, http://www.aaldef.org/blog