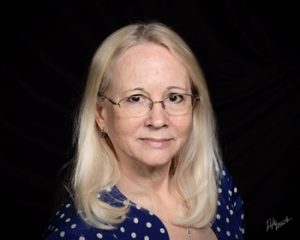 “We decided that one thing that we could do was to go to the educator preparation community and see what they were doing that had led to some success, with the hope of being able to document some case studies and identify some of the best practices, and disseminate those to the field at-large that were educator prep institutions,” says Weiner, Executive Director of the Praxis Program at ETS.

The interest in this area of education was sparked by concern that some minority groups underperform on tests, such as the ACT, SAT, and GRE, in addition to ETS testing.

“There’s this historical difference in some groups and I’ve always been concerned about that,” says Dr. Laura Goe, a research scientist with the Student and Teacher Research Center at ETS.

“When I was a teacher, I taught in a very low performing school district, and did a lot of investigations at that time to try to figure out what it was that caused these differences,” says Goe.

“One of our advocacy goals at the center is to raise the awareness of issues, critical issues in education, that we believe need more attention,” says Lenora Green, Executive Director of the ETS Center for Advocacy and Philanthropy. “If they are issues that seem to be getting a lot of attention, there may be a lot of misunderstanding around them. So, we see our role as helping to dispel those misunderstandings.”

ETS began their research by distributing a 16-question survey to colleges to ultimately discuss the specific challenges and successes they had in their recruitment and programs admission of diverse pools of teacher candidates.

“We learned a great deal from that survey and pursued that with some site visits and telephone interviews with some of the responding universities who gave us permission on the survey to allow us to contact them,” Goe explains. “We have started working on presentations and papers related to those findings, particularly the challenges and the successes.”

The survey asked participating colleges or universities a series of questions, including if they had outreach efforts to attract or recruit teacher candidates from underrepresented groups.  The survey also asked if they examined available data on incoming freshmen to determine whether a student will be admitted to an Educator Preparation Program (EPP) and graduate from the EPP, if the student indicates an interest in getting a degree in education.

Currently, ETS has partnered with three Tribal Colleges to go even deeper than the survey, and conduct phone interviews and site visits, to further explore the challenges that schools face in admitting and retaining minority, specifically Native American, teacher candidates.

“The outcome that we’re hoping for is that the research will lead to colleges and universities rethinking their strategies towards admitting and attracting students to the profession of teaching. And, in particular, supporting them in ways that will ensure their success,” says Goe.

ETS researchers expect to soon identify a set of strategies and solutions that will be helpful in their data findings.