For Dr. Joseph I. Castro, becoming president of California State University, Fresno, is a form of coming full circle. The grandson of farmworkers from Mexico, Castro was born and raised in the San Joaquin Central Valley and grew up 40 miles south of the Fresno State campus. 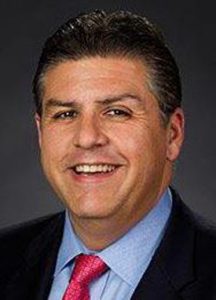 “I would say it’s the privilege of my life to serve here,” Castro says. “Very few presidents get to serve in their home areas, so it’s very meaningful and gratifying.”

As an undergraduate at the University of California, Berkeley, Castro knew that he wanted to make his mark in public service but was unsure which track he might pursue. “It was while I was a college student that I discovered the meaningful mission that universities have,” Castro says.

“For me, that’s been the passion of my life, to work in higher education and make a positive difference for the next generation of leaders,” Castro says.

Like many of the students he currently serves at Fresno State, Castro was the first in his family to go to college. “I feel like I understand the students that we serve because they’re traveling similar paths to the one I traveled,” Castro says. About 70 percent of Fresno State students identify as first-generation to college, approximately half of whom are Latino. More than 60 percent are Pell eligible.

Castro views Fresno State’s close connection with the Central Valley region as one of its strengths.

Approximately 90 percent of the students hail from the region, and 80 percent of its graduates stay and work in the area. Increasingly, the school has put its weight behind community service, allocating federal work study dollars to students working in local K-12 schools, clinics and community centers.

The relationship is a win-win for everyone, Castro says.

“Students benefit from the chance to learn more in a work setting for a job that they may be interested in permanently, but I’d say, most importantly, they get a chance to connect with the community,” he says.

For students who are first-generation to college, Castro has a straightforward message: “We have a mantra here and that’s to be bold. I would urge them to be bold and dream big and to work hard. I think by doing those things, and staying close to their family and friends, they’ll be able to succeed.”