“Challenges and Opportunities in Achieving the National Postsecondary Degree Attainment Goals,” a new research report authored by Michael Nettles of Educational Testing Service (ETS), follows the United States’ progress toward meeting attainment goals that were set by the U.S. government and the Lumina Foundation in 2009. These goals were considered by many to be unrealistic when they were proposed. The report provides evidence that supports such skepticism—the country is not on track to reach either mark—and includes data and analyses that stakeholders might use to inform well-designed policies for future degree production efforts. Furthermore, it evaluates the goals themselves, providing insight into factors that might be considered when forming more useful attainment benchmarks. 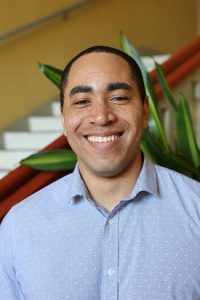 The Obama administration and Lumina Foundation, a private, philanthropic institution that has gained increasing influence on higher education policy, were motivated to propose attainment goals on the heels of the Great Recession, in response to labor market demands. The U.S. government put forth 60 percent as the target proportion of 25- to 34-year-olds to earn an associate’s or bachelor’s degree by 2020. The Lumina Foundation’s goals differed in their age range (25- to 64-year-olds), their inclusion of “high-quality postsecondary certificates” (certificate holders must be employed in the field of their certificate) among the counted attainment credentials, and their extension of the goal year to 2025.

While these goals rightfully allude to the growing necessity of earning postsecondary credentials in order to obtain employment in the 21st century, Nettles points out shortcomings in their articulation that have proven detrimental to their utility. He notes that the goals have seemingly arbitrary timelines and are inattentive to the range of diversity in U.S. populations as well as their varying levels of degree attainment. He also draws attention to their ambiguity with respect to major fields and labor market needs, as well as the absence of a nuanced strategy for guiding the nation’s complex postsecondary system towards achieving the requisite rate of degree production.

In order to help clarify some of these issues, Nettles’ report analyzes U.S. Census data to project attainment by race/ethnicity and gender through 2060, and highlights attainment gaps between groups by degree/certification type. He frames his analyses in the context of the government’s and Lumina Foundation’s goals, predicting the year by which populations will reach their 60 percent marks for credential attainment. For the overall population of 25- to 34-year-olds, if the present rate of population and degree attainment growth is maintained, the federal government’s 60 percent attainment goal will not be reached until 2041.

Disaggregating the population into specific racial/ethnic and gender segments yields even more striking projections: in 2060, the year to which the Census currently predicts the U.S. population, African American men, American Indian/Alaska Native men and women, and Hispanic men and women will have not yet reached the 60 percent threshold. Of the other racial/ethnic and gender segments, White women are on pace to meet it in 2019, White men in 2038, and African-American women in 2058. Asian American men and women have both already surpassed it; they comprise the lowest population shares of the reported racial/ethnic groups (7.3 percent of all 25- to 34-year-olds and 6.4 percent of all 25- to 64-year-olds) and three quarters of the Asian American population is “foreign born and relatively highly educated.”

(Note: A limitation of this report that is a result of the way the U.S. Census collects demographic information is that it does not disaggregate within broad racial/ethnic categories. As a result, more vulnerable subpopulations such as Southeast Asian Americans are overlooked, which in this case perpetuates the model minority stereotype of Asian Americans).

The lack of data regarding certificates created restrictions on the ability to create as precise projections when assessing the goal set forth by the Lumina Foundation. Data was only available regarding certificate attainment for African Americans, Hispanics, and Whites. None of these groups, including subgroups by gender, are expected to meet the 60 percent goal by 2025, though White women are projected to be close (58.7 percent).

Asian Americans have already met it, even without counting certificates, based on associate’s and bachelor’s degrees. It is unlikely that American Indians will reach the 60 percent mark by 2060 unless there is an enormously disproportionate attainment of certificates by their population. The analysis estimates that the overall population of 25- to 64-year-olds will not reach Lumina’s 60 percent threshold until 2048.

In addition to these projections based on the federal government’s and Lumina’s goals that look at overall credential attainment, Nettles presents 2014 data on degree level attainment by race/ethnicity and gender for 25- to 34-year-olds. Disaggregating these data reveals that African American, American Indian/Alaska Native and Hispanic populations hold lower proportions of bachelor’s degrees than Whites and Asians and are overrepresented in their proportions of associate’s degrees. If the bachelor’s degree gap between these groups persists, African Americans, American Indian/Alaska Natives, and Hispanic Americans will continue to be underrepresented in graduate and professional education and high-status careers, even if the country reaches overall credential attainment benchmarks.

Nettles calls for the formation of attainment goals that consider underserved populations rather than aggregating populations and credentials, which masks disparities that policies could help to redress. Such policies should provide greater support for these populations as they traverse the educational pipeline and mobilize the diverse range of postsecondary institutions towards reaching them. Nettles highlights the 23 percent of 25-34 year olds who in 2014 reported their highest attainment as “some college but no degree,” pointing out that underserved populations were overrepresented in this group. Re-enrolling these students and supporting them to degree completion would significantly help in reaching attainment goals and promoting racial equity.

“Challenges and Opportunities in Achieving the National Postsecondary Degree Attainment Goals” provides a wealth of information that can be used by policymakers while developing targeted interventions to remedy socioeconomic disparities. A follow-up report to be released later this year will elucidate some of the academic, financial, and social factors that contribute to the perpetuation of the attainment gaps described in this report and hone in on strategies to advance precollege preparation for underserved populations. We eagerly look forward to its publication.

Daniel Blake is a Ph.D. student at the University of Pennsylvania’s Graduate School of Education and a research associate for the Penn Center for Minority Serving Institutions.

Let’s Also Be Mad, and Not Solely Mesmerized by March Madness