The Republican tax reform bill unveiled last week takes aim at things that range from tuition waivers for university employees and university endowments to deductions for interest payments on student loans — prompting higher education lobbying groups on Monday to tell Congress that the bill “heads in the wrong direction.”

“It would increase the cost of college and impede efforts to develop the highly-skilled workforce needed to propel our nation’s economy forward,” Peter McPherson, president of the Association of Public and Land-grant Universities, stated in a letter to US Rep. Kevin Brady, R-Texas., chairman of the House Ways and Means Committee, and US Rep. Richard Neal, D-Mass., ranking member of the committee. 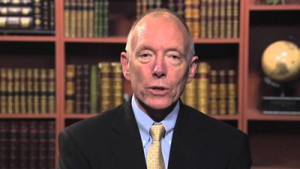 In a separate letter to the same Congressmen and signed by more than 40 higher education organizations, Ted Mitchell, president of the American Council on Education, expressed “grave concerns” about the proposed tax bill.

“This legislation, taken in its entirety, would discourage participation in postsecondary education, make college more expensive for those who do enroll, and undermine the financial stability of public and private, two-year and four-year colleges and universities,” Mitchell’s letter states.

The letter notes that the bill’s provisions would increase the cost to students attending college by more than $65 billion between 2018 and 2027. “This is not in America’s national interest,” Mitchell argues in his letter.

Both letters build on previous statements from the organizations and expound upon how specific provisions of the tax reform bill — known as the Tax Cuts and Jobs Act — would impact colleges and universities and the students they serve. The changes would impact students in ways broad and general as well as on an individual level, the organizations maintain.

For instance, the ACE letter notes that a proposed excise tax based on the investment income of private colleges and universities would ultimately eat away at the endowments that the schools use to help students afford college, among other things.

“Investment income from endowments is used every day to support nearly every aspect of an institution’s operations, including all the components vital to its mission and the delivery of a high quality, affordable education, from financial aid to research and student retention and success programs,” Mitchell states in the letter.

Mitchell points out the complex nature of a university endowment and argues why taxing it misses the mark.

“An endowment is not a single entity that can be used for any purpose,” Mitchell states. “Rather, it is a permanent investment fund consisting of often thousands of separate accounts designed for the needs of the present and the future.”

But under the proposed tax reform bill, “potentially large amounts of endowment dollars would be redirected to the federal government, taking them away from providing scholarships to our students and supporting research and education,” the letter states. “It also would effectively be a tax on donors’ contributions and shift money from the dedicated purpose for the donation,” Mitchell continues. “Roughly 160 institutions will likely be affected by this provision, and we strongly object to it.”

The tax reform bill would also treat as taxable income tuition waivers that universities offer to their employees, from faculty to janitorial staff.

The APLU letter takes the House Republican plan to task for its proposal to eliminate parts of the US tax code that would in turn “skyrocket students’ taxable income and damage the nation’s scientific research enterprise.”

The targeted tax code section contains two benefits that the APLU says Congress should retain. One provides an exemption to tuition waivers for university employees and the other exempts tuition reductions for graduate students who serve as teaching or research assistants as part of their academic training without the tuition reductions being counted as taxable income, the APLU letter states.

The provision for the tuition waivers benefits a range of employees, from administrative staff and faculty to maintenance and janitorial staff.

“According to a 2017 survey conducted by the College and University Professional Association for Human Resources, the majority of employees benefitting from the provision are low and middle income,” the APLU letter states. “Fifty percent of recipients of tuition reductions earned $50,000 or less and 78 percent earned $75,000 or less.

“If Section 117 were repealed, taxable income would increase sharply for those receiving tuition benefits thus providing a disincentive for employees to utilize the benefit and advance their career and life prospects.”

Diverse recently launched a series of articles on low-income students who were able to complete college because their parents — members of maintenance and janitorial staffs in each case — worked at colleges that offered tuition waivers for employees.

“According to the most recent Department of Education data available, in 2011-12, nearly 55 percent of all graduate students had adjusted gross incomes of $20,000 or less and nearly 87 percent had incomes of $50,000 or less,” the APLU letter states. “During the same period, master’s degree students received an average of $10,949 and Ph.D. students received an average of $13,609 in tuition waivers for serving as research and teaching assistants.”

The APLU says a repeal of the tax code section in question would “lead to a completely unaffordable increase in taxable income and make the pursuit of a graduate degree much more challenging, if not impossible, for a large number of these students.”

The ACE letter notes that the tax bill would repeal the Student Loan Interest Deduction, or SLID.

“Under current law, any individual with income up to $80,000 (or $160,000 on a joint return) repaying student loans can currently deduct up to $2,500 in student loan interest paid,” the letter states, adding that in 2014, some 12 million taxpayers benefited from SLID.

“Eliminating this provision would mean that, over the next decade, the cost of student loans for borrowers would increase by roughly $13 billion.”

The ACE letter states that ACE “cannot support” the tax reform bill and that its members and allies “strongly oppose” the various measures they say would have an adverse effect on higher education.

While lawmakers hammered out details of the bill Monday, officials at APLU and ACE stated late Monday afternoon that they were not aware of any changes that would alter their position.