After the police shooting of George Floyd sparked anti-racist protests across the country, junior Danielle Geathers saw universities swiftly coming out with statements about what had happened. As the first Black female student body president at the Massachusetts Institute of Technology (MIT), she felt pressure to quickly write a statement too, on behalf of MIT’s student government. But emotionally, she just wasn’t up for it.

A group chat of Black student body presidents — past and present — reassured Geathers she could take a moment to breathe. 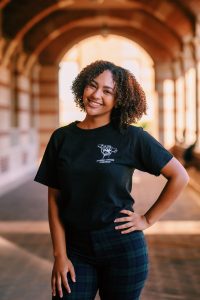 “Having other Black student body presidents who were kind of in the exact same mindset as I was — and us being able to talk to each other and be like, ‘No, it’s OK. You can do it on your own time frame. Be graceful to yourself in this time. Don’t worry about external pressure. Do what’s good for you’ — [that] was very big for me,” she says.

This academic year, students at predominantly White institutions elected a wave of Black student body presidents, a cohort that now finds itself leading in unprecedented times, amid a pandemic and a national reckoning with racism. And they’re supporting each other through it.

“We definitely have built our own community,” Geathers says.

Black student leaders have had to shift their goals to meet the global and national moment, while living through that moment themselves.

During the pandemic, Carroll has had family members who tested positive for COVID-19. He lost three jobs, all while serving as a student leader.

“I’m not going to lie, it’s pretty difficult,” Carroll says. “We’re at a point where, for young Black folks, this is where our attention, our labor, our voices are most needed in these national conversations. And … there’s a pandemic ravaging our community. There’s the trauma even of just seeing people who are Black and Brown brutalized in the streets and murdered. That was difficult for a lot of folks and for me as well, trying to both pick up the pace while having the most weighing on us possibly in our lifetimes.”

Leading amid a public health crisis

Student body presidents are negotiating the intricate logistics of taking care of students’ needs during a public health crisis. Harris, for example, pushed for renting a warehouse so students wouldn’t have to pay steep prices to store their belongings on Harvard’s campus. Carroll is trying to arrange better transportation to and from the nearest COVID-19 testing center. 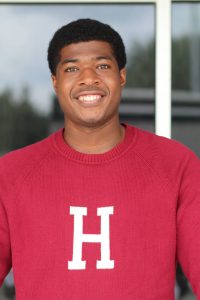 Geathers says once the pandemic hit, for a while, no one could talk about anything else. She thought her long-term, diversity-oriented plans would have to go on the back burner. But after the police shootings of George Floyd and Breonna Taylor, racial justice also made its way to the forefront.

Black student body presidents have been pushing for hard conversations about race on their campuses and calling for action from university leaders.

Harris is jump-starting the One Harvard Fund, which will allow students to collectively give to charities they vote for “to have an impact beyond Harvard’s gate.”

In general, as a member of the Black Student Union, she wants to build greater collaboration between Black student activists and student government members — two groups who rarely partner with each other, she says, despite both acting as forces for change on campus.

Riley is calling for a reexamination of policing on her campus and in UCLA’s surrounding neighborhood. As a peer counselor, serving as a residential assistant for two summers, she described having to make difficult decisions about when to call campus police, particularly for students’ mental health crises.

It was “very traumatizing” for students, she says, “and of course, traumatic for me too. That is not a choice I wanted to make, but it’s the policy. It’s the protocol. I had to do it. And that really doesn’t get at the root of the issue that the student is facing.”

Among other reforms, she’s fighting for a “trained mental health professional” to be the first responder for these mental health calls. And more broadly, she wants universities to question whether campus officers are the ones who should be breaking up college parties and responding to noise complaints.

“When these strategies, when these implicit bias trainings aren’t working, I think it’s also time to think about why they’re not working,” she says. “I’m of the belief there are spaces police officers should not be in.”

Alongside her work on campus policing, Riley has also been pushing for a Black resource center at UCLA, which the university agreed to build after it found the “political will” this summer, she added. 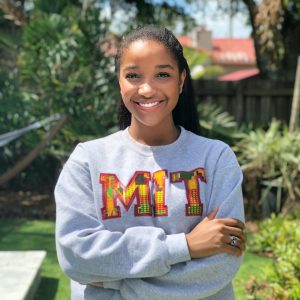 For Carroll, it’s important that Brown University reckon with its historic ties to slavery as an institution that “owned slaves and benefitted from the slave trade.” He’s starting to research what a reparations process for the university could look like.

“I think right now with the conversation being focused on Black Americans, and being the first Black man to lead the student body, I do want to push that conversation [of] what do we owe specifically, not just in some broad, abstract sense,” he says. “What is it that we’re going to do for communities that we’ve harmed? Are we trying to find the people who are descended from the slaves we owned and sold?”

In initiating these conversations, Black student leaders are feeling both the inspiration and the weight of being firsts at predominantly White institutions.

Geathers says she and her cohort are presented by the media and by universities as the “faces of progress,” but at the same time, these students are watching “all of these really negative things on the news about the state of the Black community in general and about policing and about abuse.” There’s a tension in that for her. 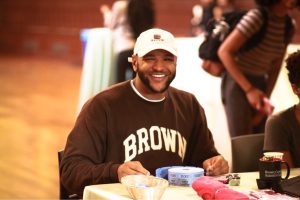 While their leadership is a sign of progress, Carroll also noted that it shouldn’t overshadow the Black student leadership at historically Black colleges “that’s been going on for decades, centuries.”

He also hopes future Black student leaders at institutions like his won’t be “pigeonholed” into diversity, equity and inclusion work. He wants Black student body presidents to have the freedom to focus on racial justice but also other issues. And he doesn’t want administrators to abdicate their responsibilities because Black students are in leadership positions.

“That’s something I definitely want to be cognizant of in these conversations and in the coming years of Black leadership,” he says, “that we’re not taking for granted or advantage of Black leadership or Black labor to further just prop up these universities without them having to make substantial investments and changes into these Black student leaders and into Black communities.”

When Harris ran, he didn’t campaign on becoming Harvard’s first male Black student body president, but he feels a sense of duty to “pass the baton” to future Black student leaders.

“For me, to be the first, it’s really humbling,” he says. “This responsibility, I don’t take it lightly, because I know the type of impact you can have being the first individual and having other people see themselves in you and in that representation. But I’m also recognizing that it comes with the responsibility that I need to do my part to make sure that I’m not the last.”

This article originally appeared in the February 18, 2021 edition of Diverse. Read it here. For the podcast listen here.