3 Women Among 4 New Hires at U.S. Department of Education 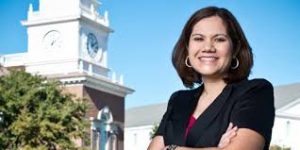 The U.S. Department of Education has announced the hiring of four individuals, including three women, to fill key positions in the Trump administration.

Dr. Andrea Ramirez, who most recently served as the executive director of the Faith and Education Coalition for the National Hispanic Christian Leadership Conference, has been tapped to serve as acting director of the Center for Faith Based and Neighborhood Partnerships.

Holly Ham is the new executive director of the White House Initiative on Asian Americans and Pacific Islanders. She will advise federal agency leadership on the implementation and coordination of federal programs as they relate to AAPIs across executive departments and agencies.

Kathleen Smith, who worked as an Education policy advisor on the Senate Committee on Health Education, Labor and Pensions, will serve as the deputy chief operating officer, responsible for managing the daily operations of Federal Student Aid (FSA) and its 1,300 employees and $1.4 trillion student loan portfolio.

From 2009 to 2014, Smith served as chief of staff at the U.S. Department of Education in the Office of Postsecondary Education.

Frank Brogan, a former lieutenant governor of Florida, has been named Assistant Secretary of Postsecondary Education. He will oversee Higher Education Programs, the Office of International and Foreign Language Education and the Office of Policy, Planning and Innovation.

Education Champion Out to Conquer Disparity