HRC, which focuses on advocating for equality for the LGBTQ community, brought together 12 HBCU presidents and senior executives to discuss and strategize on a wide range of issues that impact the LGBTQ  campus community, from HIV prevention to transgendered families.

The highlight of the summit included testimonials from Hampton University alumna Dr. Keisha Michaels and Spelman College alumna Jodie Patterson, who are mothers of transgender children and shared their experiences of raising a transgender child. Additionally, they both aspire to send their transgender children to an HBCU, but expressed concerns regarding their safety and fears of isolation. In recent years, many HBCUs have begun implementing new initiatives to make their campuses more LGBTQ-inclusive. For example, Dillard University will have its first transgender male student in the fall. In addition, Dillard has set up a presidential task force to discuss LGBTQ issues and has created a “sex week” that focuses on sexuality and awareness surrounding the LGBTQ community.

“I’m always thankful to be exposed to people that I’m not familiar with,” said Dillard’s President, Dr. Walter M. Kimbrough. “So, both of them presenting as parents, I think, is a powerful narrative that our faculty and staff can relate to and say, ‘If this was my child, I’d want to make sure that my child would be treated the right way and responsibly and with love and care,’ so that was just powerful to me.”

Many of Morgan State University’s new facilities include gender-neutral bathrooms, according to its president, Dr. David Wilson. In the near future, he said, the university hopes to implement a living-learning community in order to create a gender-neutral space. 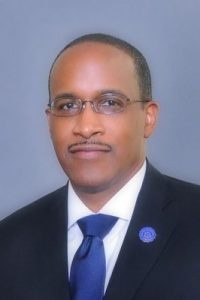 “For me, hearing the parents of transgender students reaffirmed the path that we are on at Morgan toward creating a climate and an environment that is inclusive of all students,” said Wilson. “And we have a ways to go, but hearing what I heard today says to me that we are on the right track.”

“We need to evolve, as well,” said Parris Carter, Howard’s associate vice president for student affairs. “Just hearing that gender-neutral spaces where only transgender students want to live is not meeting all the needs, so we are continuing to look at that.”

Many of the HBCU representatives found the panel with the trans-families to be informative and beneficial for their inclusivity goals. Schools such as Dillard and Claflin University are looking to bring more resources to campus to help educate faculty, staff, administration and students about the LGBTQ community.

“It was great getting sort-of a first-hand description of what transgender really means and the fact that it’s not as simple as we might think,” said Claflin President Dr. Henry Tisdale, who will retire at the end of the upcoming academic school year. “For those two parents, it was quite different, and for each child it is probably quite different. It was interesting for me to understand that there is just so much more that we need to learn at our institutions and to know that there are resources to help us do that, that are very close to us.”

“I think all of us, we want to make sure that students are as comfortable as possible, because if they are, they are more likely to graduate,” said Virginia State President Dr. Makola Abdullah. “We want them to graduate and chase their dreams, if they can, so whatever we can do to be better.”

Earlier this year, Virginia State announced that it was introducing its first university-wide diversity and inclusion program focused on LGBTQ issues.