PRINCETON, N.J. – As he talked, listened and observed over the course of three days at a New Jersey conference center, Dr. Monte Randall kept thinking about the struggles of students at College of the Muscogee Nation in Oklahoma, where he is dean of academic affairs, and at the other 35 tribal schools in the American Indian Higher Education Consortium.

Their concerns are common: how to pay for school, socially and academically adjust in school, persist and graduate while dealing with cultural and social issues ranging from being a first-generation college student to a member of an ethnic minority or other marginalized groups. But Randall sees more: increasing and troubling signs that historical and intergenerational trauma are sabotaging students’ development and well-being. And he sees social and emotional learning (SEL) – the topic of this gathering and an emerging movement in education around the world – as a viable solution.

“We have a lot of resources for our students, and I feel like these non-cognitive social skills and life skills can really make a difference for us,” says Randall. “Particularly for tribal colleges, they support some of the work we are doing in historical trauma, which we’re seeing more of recently in the last three to four years. We need to acknowledge historical trauma and figure out how to move past it, and social and emotional learning will be a big part of it.”

Randall was among about 50 educators, researchers, scholars and other stakeholders from a dozen countries – primarily the U.S., Canada and Mexico – invited to gather in early June on the sprawling and picturesque Educational Testing Service campus for “Springboard for Success: How Social and Emotional Learning Helps Students in Getting to, Through and Beyond College.”

SEL has taken root mainly in a few primary and secondary schools – most notably public school districts in Mexico and Canada – and has captured the attention of higher education thought leaders as a movement to help students be their best academically and holistically.

SEL generally refers to intentional development in students of so-called soft skills and competencies that enhance academic learning and play a critical role in a person’s success and happiness: teamwork and collaboration, problem-solving and conflict resolution, self-regulation and emotion-control, empathy and compassion, creative and global thinking, and goal-setting and perseverance.

Typically, such skills and competencies are not intentionally and consistently cultivated in traditional educational settings and there is little or no serious effort to assess whether students are developing them.

Conference attendees, visibly excited about the promise of SEL – particularly for minority, first-generation and other underrepresented student groups in higher education settings – came to hash it all out at the invitation of ETS and the Austria-based Salzburg Global Seminar, with Dr. Catherine M. Millett of ETS and Dominic Regester of SGS co-convening.

There was much to discuss from a foundational basis: identifying a common nomenclature and vocabulary; curriculum design and strategies for effectively embedding SEL in on-campus support systems, particularly in the classroom; scalability of a uniform program across contexts and cultures yet allowing malleability for it to be customized to specific settings; how to standardize measurements and accurately and equitably assess outcomes; and the role of technology and the business sector, which already has begun showing interest in how SEL can enhance worker productivity.

“Change is scary,” Jacqueline Hamilton, manager of Academic Programs in the College of Business and Economics at the University of Guelph in Canada, said during a panel discussion. “This is really a culture shift.” 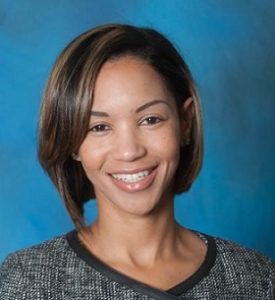 Digging into the nitty-gritty often raised more questions than answers and sparked occasional differences of opinion. But, amid studious efforts to avoid the kind of deficit-driven conversation that tends to crop up when innovations are discussed in education circles, there was an unspoken consensus among participants that SEL has the clear potential to promote the achievement and well-being of all students in college and beyond.

“I think we all agree that there are still some things we need to figure out better on how to do this at the different levels of the education path, how to train and prepare our teachers how to do this, how to measure them and track progress, and so on,” says Elena Arias Ortiz, a Social Sector Department specialist in the Education Division of Inter-American Development Bank in Washington, D.C. “But there is a consensus that these skills are essential.”

Information generated at this North American gathering – the ninth in a series of such conferences taking place around the globe – will be included in a policy paper to be released following another meeting in Salzburg, Austria in December.

“My most powerful take-away was the cross-cultural, multinational interest in SEL and its applicability in such a wide range of countries and contexts,” says Dr. Jennifer Baszile, Dean of Student Success and Career Development at Trinity College in Connecticut. “There is a vitality to this conversation and with this work that has great potential for civic, economic and cultural shifts throughout our entire region.”

For Dr. Rosalinda Ballesteros Valdez, director for the Institute of Wellbeing and Happiness at Universidad Tecmilenio in Mexico, the conference gave her a sense of how their five-year SEL initiative that serves 56,000 high school and college students compares to efforts elsewhere.

“It has raised a lot of questions because we all have the same challenges,” says Valdez. “The biggest challenge is getting teachers to come on board and really see that these life skills are as important as the academic or technical skills in a university setting. Our goal in the future is to be able to follow up on alumni to see if these skills will be with them for life and help their success in life. We want students to be purpose-driven.”

At the higher end of the education spectrum, SEL offers a productive way for graduate and post-graduate students to go beyond the acquisition of knowledge and development of intellectual skills that characterize earning advanced degrees, suggests Dr. Suzanne T. Ortega, president of the Council of Graduate Schools.

“Social and emotional learning are actually a critical piece of master’s and doctoral education,” she says. “SEL relates to how we assess students’ readiness for graduate study, how we prepare them for essential career skills like collaboration and communication and how we create graduate school environments that support mental and emotional well-being.”

Participants call SEL one of the most significant developments in education in recent history, with the potential to become an integral part of higher education internationally as it gains momentum.

“We have a pretty solid grasp on how to do SEL across childhood,” says Dr. Jasmine D. Williams, a research scientist with the Seattle-based Committee for Children, which champions SEL efforts targeting children. “That being said, I’m excited to see a more explicit focus on SEL during the transition to college. Many psychologists would argue that transition periods are ideal for intervention, and the developmental needs of adolescents and young adults differ significantly from the children that have historically been served by the SEL field. Higher education has always been a site for innovation, and I don’t think their efforts for SEL will be any different.”

Some raise thornier issues, particularly around how to reconcile SEL with a perceived over-reliance on an entrenched system of standardized testing that has been accused of cultural bias and that fails to assess SEL-related skills and competencies. They question how taking standardized tests benefits students who don’t go on to college and whether there is any benefit to testing all students when many of them are unlikely to benefit in a tangible way.

“I think that it is forward-thinking to start the conversation now,” says Dr. Cheryl P. Talley, an associate professor of psychology at Virginia State University who studies mental, emotional and spiritual factors that lead to lasting behavioral change, especially as it relates to academic achievement.

Attendees also discussed the likely challenges of getting college instructors to buy into the concept and successfully embedding SEL into the fabric of higher-ed institutions. But it is worth the effort because “the changing demographics of higher education make SEL even more urgently needed,” says Baszile, echoing other attendees.

“There is tremendous potential for SEL to gain momentum and become a vital part of higher education in the United States because SEL provides a fresh way to approach so many of the daunting challenges in higher education: career education, the value of a college degree, student mental health, diversity, equity and inclusion, sexual assault, etc.,” says Braszile. “So many of these important conversations have stalled, and people are still searching for meaningful frameworks. SEL is definitely a vital one, especially because it carries through the entire student life cycle from primary through higher education.”

SEL is intricately tied to student retention and career outcomes, some attendees contend. Two major trends – workforce diversification and the technology-fueled rise of “big data” – are likely to compel colleges and universities to pay more attention to SEL, Ortega predicts.

“For example, growing diversity in our domestic workforce and the globalization of the knowledge economy demand that we focus our attention on how we prepare our students to communicate and collaborate in diverse work environments and teams,” she says. “We need to make sure that students can work effectively with people from different cultures and fields. We also need to prepare our students for new ethical questions regarding the interface of humans and technology. Students will not only need to know how to work with big data, for example; they will need to be able to understand its ethical, moral and legal dimensions. …I hope these changes will help employers and universities see that we really must pay attention to social and emotional learning. We can’t afford not to.”

With more students at all levels reporting feelings of loneliness and depression, increasing levels of psychological distress among graduate students and a documented rise in suicide rates both within and outside educational communities, proponents of SEL say it’s an idea whose time has come. For Randall, who does research and volunteer work around domestic violence and related issues such as post-traumatic stress disorder, SEL offers benefits for non-student groups.

“I see it going beyond higher education and into the families and into the communities,” he says. “This is something we could all utilize.”

While there is a necessary sense of urgency about SEL, the movement should be seen as a marathon or a journey that will take time – time that some say is running out.

“The greatest time to repair the roof is before the storm,” says Dr. William Franklin, Vice President for Student Affairs at California State University, Dominguez Hills. “That’s what we want to do with SEL.”