The Demands for Diversity Hiring Requires a “Pipeline” - Higher Education

The Demands for Diversity Hiring Requires a “Pipeline”

As the summer closes and college campuses across the country come roaring back to life, the demands for an academy that better reflects the full diversity of the student body and their own experiences will no doubt come center stage once again. Atop the list of pressing demands are calls for a more racially and ethnically diverse faculty. In the current political climate, where battles over identity and American culture have taken deep root, these demands cannot be easily dismissed and student impatience on the matter is only growing. Students, and the allies they have developed both on and off campus, do not intend to let allow administrative and academic leaders off the hook. The demands for a diverse faculty are growing and will further create division between the student body and university administration if they are not addressed in a more urgent manner.

What’s come to be known as the problem of the “pipeline” is part of any campus leader’s lexicon. It is common to read about impassioned campus conversations around how to create and sustain momentum toward realizing the democratic vision of a multiracial professoriate that better reflects the nation’s increasingly diverse population. Despite this, the number of professors from underrepresented groups in American higher education remains stubbornly low; in 2015 only 8 percent of full time faculty were Black, Latino, or Native American. College and university students have every right to demand better. 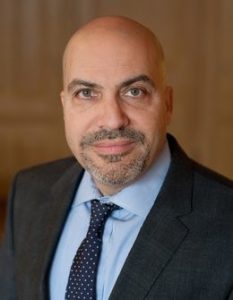 Students though are not the only forces pushing change. Despite what we may think, there are institutional actors working to achieve the same goals. Foundations, the federal government and other funding organizations have long been preoccupied with the matter. Like any academic work, however, diversifying the professoriate is labor-intensive and requires the real and active intellectual and social commitment of busy scholars and administrators. And while the pace of change can seem glacial, there are fortunately, many successful efforts underway to create pathways or pipelines to the professoriate.  These efforts were pioneered by the science and technology fields beginning in the 1970s and later overlapped with feminist efforts to ensure greater access for women to opportunities in the academy.

There are several successful models, such as The Andrew W. Mellon Foundation’s Mellon Mays Undergraduate Fellowship (MMUF), the federal government’s McNair Scholarship, the Leadership Alliance based at Brown University, and the University of Maryland at Baltimore County’s Meyerhoff Scholarship. Though they were created with specific populations of underrepresented and first-generation students in mind, for whom a career in the academy can seem unknown and unreachable, each of these programs is open to any student who can demonstrate a commitment to the goals of building a diverse academy.

These programs demonstrate how any individual campus might contribute to the work of faculty diversification: by creating their own opportunities for students to do independent research under the guidance of experienced teachers and scholars; training faculty to be mentors, not just advisers; bringing students together into cohorts from which they can draw support in moments of doubt or difficulty; demystifying the more intimidating rituals of postgraduate education; ‘monitoring students’ academic and professional progress; and facilitating the creation of support networks that can provide sustaining counterweights in a context of fierce academic competition. There are no guarantees that young scholars can necessarily or easily find long-term employment on an idyllic campus, but meaningful work in the academy comes in many shapes and sizes, and a life of teaching and research remains, for many, something for which to strive and fight.

These pipeline programs have produced multiple hundreds of PhDs, many of whom are now professors and are themselves inspiring students to pursue academic careers. Pipeline programs increasingly make it difficult for hiring committees to say, as they traditionally have, that candidate pools do not contain sufficient diversity or that in their recruiting efforts they “cannot find” excellent, highly-trained, diverse candidates. But in order to reach the scale necessary for the kind of impact that would make a dramatic difference in the makeup of faculties nationwide, each institution, from small community colleges to grand research universities, has to tap into its own capacity for implementing change models. And while there are external institutions supporting and pushing universities to diversify their professorial ranks, individual colleges and universities can and must drive the effort.

As the 2018-2019 academic year begins, the academy needs to follow the example set by its students, and while taking advantage of the various resources that philanthropy, government, and other funding organizations are providing, it needs to more aggressively lead on the matter and demonstrate the same kind of impatience currently on display on its campuses.

Armando Bengochea is a program officer at the Andrew W. Mellon Foundation and director of the Mellon Mays Undergraduate Fellowship Program.

Rutgers Can Do More for New Jersey’s African-American Population

Fresh Insights on First-Generation College Students: A Need to Change the Language of Retention