Spelman received nearly 14,000 volumes from Gates’ personal library. The collection will be housed in the Atlanta University Center Robert W. Woodruff Library, where Spelman students and faculty can access the collection beginning November 1, 2018. 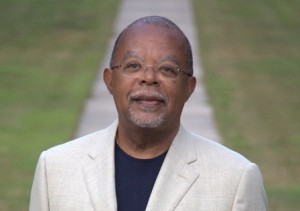 “Spelman is honored to receive such a treasure from a scholar and luminary in the fields of African and African-American studies,” said Spelman President Dr. Mary Schmidt Campbell. “Throughout his career, Dr. Gates has been committed to ensuring that the presence of people of African descent is not overlooked in American history. This gift continues that effort and legacy, affording our students the opportunity to study their history and engage the world of the African Diaspora.”

Gates, the Alphonse Fletcher University professor and director of the Hutchins Center for African and African American Research at Harvard, said the literary volumes “can have no more meaningful home than Spelman College.”

“I have made this donation to mark the achievements of Black women of past, present and future generations, and specifically in honor of three generations of African-American women in own family: my mother, Pauline Augusta Coleman Gates; my daughters, Liza Gates (who studied at Spelman), and her sister, Maggie Gates; and my granddaughter, Eleanor Margaret Gates-Hatley, a future Spelman graduate, no doubt!”

A Lottery for Harvard and Other Elite Schools?