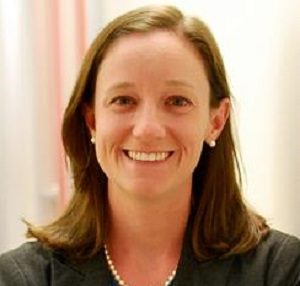 The Institute for Higher Education Policy’s (IHEP) equity-focused analyses show that while Tennessee’s Promise program and New York’s Excelsior Scholarship cover tuition for students attending public colleges in the states, the programs fail to cover non-tuition related expenses, which can serve as a pressing financial barrier for low-income students compared to higher-income peers.

“The details matter,” said Mamie Voight, vice president of policy research at IHEP. Voight added that free college programs like the Tennessee Promise and Excelsior Scholarship have an opportunity to place equity at their core by targeting resources to students with the greatest financial need, making college “more of a stepping stone” for socioeconomic mobility.

Since 2015, the Tennessee Promise covers tuition and fees for students attending the state’s technical and community colleges. A recent expansion in 2018 – the Tennessee Reconnect – expanded the program’s benefits to adult learners in the state.

The researchers ran three example students from varying income backgrounds through net price calculators in both states before and after the free college programs were offered. Then, researchers modeled out the implications for students.

“Once we started running those numbers, the results became very clear” that low-income students were not benefiting from the programs due to their design, Voight said.

IHEP’s recent analyses found that because both programs are designed as “last-dollar” programs, they fail to help students cover non-tuition fees such as room and board, textbooks and transportation.

IHEP’s analyses used the “Rule of 10” to determine the example students’ “affordability threshold” for college.

The threshold is calculated by factoring in 10 percent of the student’s family’s discretionary income for 10 years before college and their minimum-wage earnings from working 10 hours a week while enrolled. A college is affordable for a student if they can cover the total cost, including tuition and fees, room and board, books and supplies and other educational fees.

IHEP researchers cited a recent report on the Promise program that found that half of Promise students receive $0 – of that group, 98 percent are Pell recipients. Among the students who do receive some amount of Promise aid, only three percent received Pell Grants.

IHEP findings on the Excelsior Scholarship showed that the program fared no better for low-income students because of its last-dollar design, despite the fact that it has an income-cap.

Research showed that low-income students who received need-based Pell Grants and New York’s Tuition Assistance Program (TAP) grants received less Excelsior aid or no funding at all compared to students who were ineligible for Pell or TAP.

Especially damaging to students is the Excelsior Scholarship’s punitive element that converts any grant aid given into a loan if a student leaves New York State after graduation.

“These programs should be designed to help educational attainment overall” instead of placing an undue burden on students, Voight said.

Ensuring that Pell or other state grants keep up with the pace of inflation and using state grant programs to supplement free college programs can also make a difference for students, IHEP researchers said.

A greater investment in need-based grants and aid can “make a dent” in the cost of attendance for students who need the most assistance, Voight said, noting an opportunity for states to build upon existing grant programs.

Voight added that designing the free college programs as “first-dollar” instead of “last-dollar” programs could help low-income and working-class students because their Pell grants and other aid like TAP grants can be used fully or partially for non-tuition expenses.

“What really matters is the details of the programs,” Voight said. “We can have that clear message and we can communicate that college is accessible and affordable” while also investing tax dollars in students with financial need.

IHEP will host a discussion on its findings and free college programs, titled, “The State of Free College,” on September 13, 2018 at the Capitol Visitor Center.