JACKSON, Miss.— Scholars, community organizers and Islamic leaders convened here over the weekend for a national conference examining “Race, Class and Religious Intersectionality in America” with a focus on the involvement of Muslims in addressing America’s social issues.

Subtitled “An Ongoing Struggle for Human Dignity,” one of the conference’s goals was to “bring out of the shadows and into the forefront the important work of Muslim American individuals, institutions and communities,” said conference organizer Okolo Rashid, president of the International Museum of Muslim Cultures in Jackson.

“What we’re doing now is really about educating and engaging the public and community around these issues,” Rashid said, adding that the four-day event supported by the W. K. Kellogg Foundation, was designed “to have a really candid conversation” to spur interest, scholarship and activism in examining Islamic culture at this critical time in America and throughout the world. 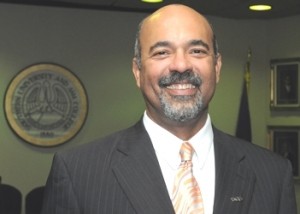 The panelists were challenged to offer “a way forward out of a deepening culture of racism, classism and denial of human dignity” and to help develop a prescription for addressing those issues.

Presenters agreed that education reform and increasing the numbers of African-American educators in the classroom and at administrative levels is essential. Several academics proposed ways in which historically Black colleges and universities (HBCUs) can improve the achievement levels of African-American youth and contribute to the overall advancement of communities of color.

Other academics focused on deep problems facing the country’s public education system. Dr. Hakim Rashid, a professor in Howard University’s School of Education, said HBCUs must enhance and expand their teacher education programs – not reduce or eliminate them as some are doing – in order to increase the numbers of African-American teachers and administrators in public schools, particularly Black men. He also suggested non-traditional recruitment approaches.

Dr. Clyde Robertson, director of the Center for African and African-American Studies at Southern University of New Orleans (SUNO), said his programs work with Muslim groups in New Orleans in the university’s community outreach efforts. He suggested that “HBCUs can address the issue of shortages of Black teachers by producing more of them, instead of downsizing colleges of education . . . those divisions should be strengthened and increased.”

Robertson outlined the accomplishments of HBCUs in educating outstanding African-Americans in myriad disciplines. However, with historical references to groundbreaking Black educators and authors  like Drs. Carter G. Woodson and W.E. B. Du Bois, he cautioned, “Despite these dynamic achievements, some argue that in recent years HBCUs might have retreated from their Africana responsibilities but what is perfectly clear is that until our institutions become rededicated to [their] communities they will become frayed and may one day, very soon, break.”

Ronald Mason, Jr., a lawyer and president of the University of the District of Columbia, touched on politics by raising issues about the state of America today “at a time when the [possibility] of nuclear destruction is real, the planet is starting to push back on what we’re doing to it, there is a real question about our relationship to nature . . .  and the top ten percent of the country control 77 percent of the wealth.”

Okolo Rashid said gatherings such as the Jackson conference are aimed at finding common ground and breaking down stereotypes and falsehoods.

”We’re rising above that,” she said. “That’s what this conference is about. We’re not going to let negativity and so-called alternative facts to keep us from going forward.”