Dr. Margaret Beale Spencer’s scholarship is fueled by a responsibility to make her research on human development inclusive for youth of color. In doing so, she has resisted the traditional, stereotypical notions about the development of diverse children throughout her decades-long career.

“Pretty much starting from the 1940s, anyone who was not White and male was sort of researched – and research questions posed about them really had to do with assumptions of pathology, problems and deviance but never relative to a normal human development under interesting conditions,” says Spencer. “That’s become my passion.” 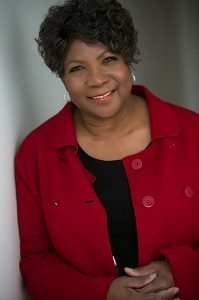 That Spencer had three children – her own “little lab group of three” – during her graduate studies underscored the real-world impact of her work and the critical need to include research on multi-ethnic development of youth in textbooks and articles written for psychologists, scholars and others who influence or examine youth development.

“I was always appalled that [my children’s] development was not included in textbooks,” Spencer says, adding that what psychologists called science at the time “was not really science” but, instead, a “sort of organized impressions about difference.”

Spencer’s exposure to the “original ecological psychologists” such as developmental psychologist Urie Bronfenbrenner while at the University of Kansas and the interdisciplinary nature of her doctoral program at Chicago served as an underpinning to her training and research that takes into account adolescents’ development in their social, historical, cultural and physical contexts.

“One thing leads to the next set of questions, and you’re always questioning the undergirding philosophical points of view relative to the theories that are out there, and then you’re testing empirically questions that have to do with those assumptions about development,” Spencer says.

By the 1980s, she adds that she was ready to share the lessons learned about the development of children of color.

Her widely-cited theory of human development – the Phenomenological Variant of Ecological Systems Theory (PVEST) – is a conceptual framework that examines resiliency, identity and competence formation for youth, given their evolving understanding of self and the “other,” Spencer says.

A variant of Bronfenbrenner’s Ecological Systems Theory, PVEST theory “decomplexifies” an individual’s experience and assists with helping think through and improve their condition, Spencer adds.

“I may not be able to change [individuals’] context totally, but I can help to organize the supports that are strong enough, that are authentic enough, that are grounded enough and have a source of sustainability to more evenly offset some of the struggles and the challenges that certain communities are dealing with,” she says.

Spencer admits that, in carrying out her work, she can be idiosyncratic. However, she says she is fortunate to work with students, engaging them in the research to tell genuine stories about people’s experiences.

“I just have extraordinary young people in my life as mentees, as students and, over time, then as colleagues,” Spencer says. “It doesn’t get better than that.”

Her career spans decades with professorships at Morehouse School of Medicine, Emory University and the University of Pennsylvania. At UPenn, she was the endowed Board of Overseers professor and director of the interdisciplinary studies of human development (ISHD) faculty member in the Graduate School of Education, director of the university’s center for health achievement neighborhood growth and ethnic studies and the inaugural director of the W.E.B. Du Bois Collective Research Institute.

“We owe telling authentic truths about other people’s experience to get as close as we can to their phenomenology,” she says. “That means working hard conceptually and also empirically, and also from an observational or qualitative stance as well.”

Spencer has published more than 100 articles and chapters on human development and has received the Society for Research in Child Development (SRCD) Award for Distinguished Contributions to Cultural and Ecological Research.

She was an inaugural fellow of the American Education Research Association (AERA), holds two honorary degrees and is an elected member of the National Academy of Education, among other distinguished accomplishments.

“When you have those kinds of experiences, you know that you owe,” Spencer says of her life’s calling. “I’ve tried to get it right. I’ve tried to do my part because I think my professional life, in so many ways, has been a gift.”