No one who has been paying attention over the last two years should be surprised to learn that Trump administration officials are completing a policy proposal that would more conservatively define gender under Title IX and have implications for transgender students on college campuses, says one academic who has added his voice to the early chorus of critics. 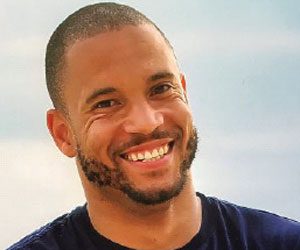 “People should have expected this,” said Dr. Ravi Perry, an associate professor of political science and chair at Virginia Commonwealth University.

The president “has never wavered on this,” Perry added, citing a list of actions the administration has taken that appear to be hostile to the rights of transgendered individuals, including opposition to easier public-bathroom access for transgender persons, transgender individuals serving in military combat, transgender self-identification on the federal census and failure to host a White House event in honor of LGBTQ Pride Month.

In fact, Perry said, President Trump and Vice President Mike Pence have consistently favored policies that hinder marginalized Americans and work against Title IX-protected groups, even as colleges and universities try to make their campuses more accommodating for LGBTQ students.

“This is just another iteration. Trump is doing everything he said he would do, and they feel that it is well within their authority to move forward with this change. And let’s be clear: this is a core agenda item of Trump’s base,” Perry added.

But the controversial policy proposal – spearheaded by the Department of Health and Human Services (HHS) and first reported Sunday by the New York Times – is not a fait accompli. After it is introduced, there will be a customary public comment period before any final recommendations are made.

According to the Times, which said it had obtained and reviewed a draft copy of the proposal that is circulating throughout the executive branch, the administration wants to legally define gender as female or male, unchangeable and based on the genitals an individual was born with. Quoting the memo, the Times continued: “The sex listed on a person’s birth certificate, as originally issued, shall constitute definitive proof of a person’s sex unless rebutted by reliable genetic evidence.”

HHS asserts that “key government agencies needed to adopt an explicit and uniform definition of gender as determined ‘on a biological basis that is clear, grounded in science, objective and administrable,’” the Times reported. Dr. Lynn Pasquerella, president of the Association of American Colleges and Universities, took issue with the science-based rationale.

“The notion that gender is fluid is grounded in science,” she said. “There are biological bases for saying that gender, as seen in a binary, is no longer relevant in establishing policies and procedures.”

“It’s unclear what will happen, but we need to be vigilant in protecting the rights of all students, all citizens, at this point in time when there is such divisiveness around this issue,” said Pasquerella. “Identity formation happens on college campuses, and any policy that would place people at further risk is of concern to us.”

The policy change would narrow a definition of gender that was expanded by the Obama administration, which broadened the legal concept of sex to include gender identity in federal programs such as health care and education. That policy recognized gender more as an individual choice than as an assignment made at birth, which led to major disagreements among the public in areas such as public bathrooms, college residence halls and single-sex programs.

How gender will be defined as a matter of public policy going forward is critical in light of two recommended rules at the federal department level that the White House already is reviewing, and that will become open later this fall for a public comment period prior to any final policy changes being made. One is from HHS relative to programs that receive federal funding and the other is from Education regarding sex discrimination complaints at federally funded schools.

The proposed policy regarding gender classification also would be adopted by the departments of education, labor and justice – who, like education, enforce some aspect of Title IX – to create uniformity across the federal government and perhaps make the policy more likely to withstand court challenges on the basis of civil rights.

As civil rights groups and activists mobilize to protest the policy change, Pasquerella and Perry share their concern that the policy would harm the approximately 1.4 million Americans who have chosen to identify sexually in a way different from how they were classified at birth.

Both also suggested that, after all is said and done, the recommended change is likely to go into effect.

“But I don’t know if it will stand up in court because several lower courts have said transgender rights are protected under the law,” said Pasquerella.

“Congress should certainly affirm transgender rights as human rights,” she added, “and fight the elimination of civil rights protections for individuals based on their ability to define who they are.”

“This could be fixed by a functioning Congress,” but the United States hasn’t had one of those for decades, he said.

“That’s part of the problem,” said Perry. “Congress has been derelict in their duties on a host of issues, regardless of which party has been in the majority. And how do you solve that? You solve that by voting on Nov. 6.”