As millions of Americans head to the polls across the country today, a new study by the National Association for College Admission Counseling (NACAC) has found an increased activism among students at more than half of all secondary schools across the U.S.

The findings are revealing, highlighting the attitudes of school counselors and college admission officers who note an increased political engagement among college-bound students and those already enrolled at colleges and universities across the nation.

Although counselors reported a sense of disillusionment among students at more than one-third of schools (35 percent) nearly two-thirds of colleges (61 percent) report increased difficulty since the 2016 presidential election of recruiting international students “due to changes in the political and regulatory environment.” 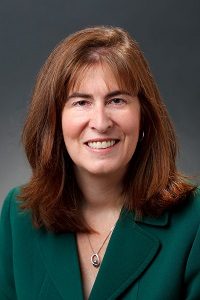 “Our members have observed a change in the public discourse recently that presents challenges in almost all phases of our lives,” said NACAC president Dr. Stefanie Niles. “As an organization committed to fairness, equity, ethics and social responsibility, we are conscious that incivility, dishonesty and hate can exact a serious toll on our lives and the lives of our students. We remain committed to providing students with a welcoming learning environment, and to providing professionals with the tools to serve students in the transition to postsecondary education ethically and responsibly.”

According to NACAC officials, the findings are among several new surveys administered by the association that explores the effects of today’s political rhetoric on college-bound students and examines how the political climate is affecting the college admissions process.

Issues like college affordability and diversity and inclusion are among the top issues that Jordan Johnson will be thinking about as she applies to colleges this fall.

“Because I just turned 18, I can vote and plan to do so in the midterm elections and beyond,” said Johnson, of Wilmington, Delaware. “I am concerned about issues like affirmative action and now with a conservative Supreme Court, it looks like this is really in jeopardy.”

At one time, many lamented that youngsters—particularly those in high school and in college — were apathetic and uninvolved in the political process. But a new wave of activism and political protests at both the high school and collegiate levels have ignited a new interest in student activism, according to political observers.

“The gun control issue was really something that this generation has been able to identify with in a personal way,” said Timothy Mellow, a school counselor who added that the shooting at Marjory Stoneman Douglas high school pushed many students into activism. “But these students have also  watched other polarizing incidents form the killing of Trayvon Martin to the kneeling of Colin Kaepernick and they are not interested in remaining on the sidelines. They want their voices heard.”

Mizzou and the Future of Black Student-Athletes’ Protests

On Youth Activism and My Active-Shooter Training