For Frederick Jones, receiving a “Last Mile” grant to finish his education at LeMoyne-Owen College (LOC) in Memphis was the “ram in the bush,” he said. 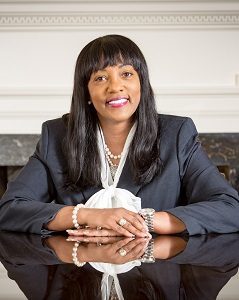 The senior interdisciplinary studies major received the grant this fall under a new initiative at LOC that aims to support undergraduate seniors who are on track to graduation, but have financial barriers affecting their re-enrollment and completion. The “Last Mile” grants – funded by donations from private donors and the Delta Boule Foundation – provide up to $1,500 in emergency aid to students, making the initiative one of the first at a historically Black college or university (HBCU).

“The Last Mile grant itself not only makes it possible for me to finish my education on an undergraduate level, but it did something for me on the inside because it lets me know that all things are possible,” said Jones, a minister and campus leader who is one semester away from graduation.

Jones is among a group of 25 students who collectively received more than $12,000 in “Last Mile” grant aid this fall.

This year’s grants “will have a very positive impact on retention and completion outcomes because most of those students, had they not received those grants, would have dropped out,” said Dr. Joey Edwards, dean of enrollment management, adult studies and continuing education at LOC.

The distribution of “Last Mile” grant aid is based on a student’s classification – seniors first – and then, whether they are graduating in the fall or spring. LOC officials subsequently assess a student’s amount of financial need. Once seniors are covered, juniors are eligible to receive emergency aid, Edwards said.

Aid can be used for any financial barriers such as tuition, housing, fees or books.

Retention rates at LOC currently sit at 50 percent. Disaggregated by gender, it is 47 percent for men and 54 percent for women.

“Our goal is to get that to 65 by 2023, if not sooner,” said Dr. Terrell L. Strayhorn, LOC’s vice president for academic affairs.

The graduation rate at 14 percent is “a bit distressing,” Strayhorn added, noting that this number “doesn’t reflect where we should be, given the caliber of faculty and academic programs and campus support services that we have in place.”

“We’ve been using data a lot more,” he said, noting that student-support meetings across divisions at the college begin with discussions about relevant data.

Using preliminary data for fall 2018, college leaders found that nearly 201 LOC students in good academic standing were at risk of being dropped from courses or kept from graduating because of outstanding fees to the college of less than $1,500.

LeMoyne-Owen’s launch of the grant initiative in early September came out of a meeting between Strayhorn and officials from the Delta Boule Foundation who wanted to invest in “critical areas” to support the college, Strayhorn said.

Additional fundraising efforts are underway to sustain the “Last Mile” grants. Most recently, the Shelby County Commissioners donated a gift of $250,000.

“We hope to enlarge the amount that we are receiving. Once we’re able to demonstrate the return on investment with retention rates and increased number of graduates” the college can use the initiative as a success story, Edwards said.

The student success efforts will continue to support students like Jones. 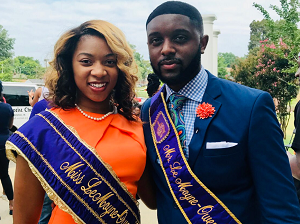 Prior to receiving the completion grant, Jones attended other colleges – one on the verge of closing down – and transferred to LOC, exhausting his aid. He did not believe he could pay for school with outside expenses and a family who relied on him for support.

“I wasn’t going to sacrifice my family to go to school,” he said. Now with the grant, he has plans to pursue a master’s degree in business administration or divinity, to travel and motivate others and he will finish out his reign as Mr. LOC, the campus king.

He will also be releasing his first book in December titled Let It Go, which mentions his “Last Mile” grant.

“I’m a college student who thought it was the end of me,” Jones said. “I’m a man of faith. Everything I am and everything I have is because of God.”

With the “Last Mile” grant initiative underway, Strayhorn plans to continue his research on student success. The grants, he said, leads into research questions around the impact of completion grants for HBCU students compared to students from other institution types.

And for HBCUs, he sees the distribution of emergency aid and completion grants after utilizing data as one example of a “plausibly effective strategy” to support students.

Highlighting an opportunity to collaborate around student success strategies, he said all institutions “are connected in our pursuit of increasing success for our students.”

Leave Ready, to Pivot: A Researcher’s Reflection on Purpose Beyond the Professoriate