A recent study from researchers at the University of Hawaii (UH) found that the use of marijuana can shield and reverse heart failure, which can be caused by illnesses like leaky valves, hypertension and heart attacks. 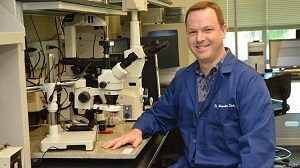 The study focuses on the involvement of TRPV1, a “cannabinoid receptor” that combines and reacts to components of the drugs.

“Anecdotally, people who have heart attacks recover more quickly if they’re marijuana users,” said Dr. Alexander Stokes, assistant professor in cell and molecular biology at the UH John A. Burns School of Medicine and one of the study’s researchers. “On the flip side, they have more severe heart attacks to start with.”

Stokes is the founder of Makai Biotechnology, a cardiovascular therapy company based in Hawaii. The company is currently working on bringing new drugs to sell with GB Sciences Inc., a pharmaceutical company that runs dispensaries in Nevada, according to the Honolulu Star Advertiser.

“Heart disease and diabetes are very prevalent in the islands and there’s greater prevalence in Native Hawaiian and Pacific Islander populations,” Stokes said.