University of California (UC) at Berkeley chancellor Dr. Carol Christ has announced the creation of the Undergraduate Student Diversity Project that’s focused on expanding and furthering diversity on campus. 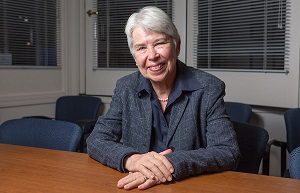 The goals of the project include expanding the enrollment of underrepresented, low- and middle-income and first-generation college students, increasing campus diversity and qualifying as a Hispanic-Serving Institution by 2028, according to The Daily Californian.

The creation of the project follows a report published by the University of Southern California which shows the campus as ranked lowest out of all UC system campus in regard to equity.

In a recent email to UC Berkeley students and faculty, Christ acknowledged the low percentage of underrepresented minority students and that the university will use the project to help accomplish their goals of recruiting and retaining a more diverse student body.

UC Bekeley will establish small teams to evaluate current campus practices and determine possible areas of diversity growth in admissions outreach, the undergraduate admissions process and the on-campus experience for minority students. The teams are expected to complete their assignments by the end of the spring 2019 semester, according to the proposal.