A nationwide alliance of high-graduation-rate colleges and universities has made significant progress in improving opportunities for low- and moderate-income students, according to a new report by the American Talent Initiative (ATI).

Between the 2015-16 and 2017-18 academic years, ATI members from 108 leading U.S. institutions increased enrollment of students with Pell grant aid by 7,291 students, achieving almost 15 percent of the initiative’s goal. During this time frame, 68 ATI members increased Pell enrollment and 47 of those did so by increasing its student body, according to the report. 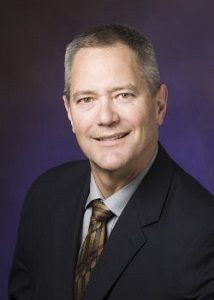 In addition, more than two-thirds of the initiative’s members increased its Pell enrollment and reversed a downward trend for almost half of those members.

Established in 2016 by the Aspen Institute, Bloomberg Philanthropies and Ithaka S+R, the goal of ATI is to make higher education available to 50,000 more low- and moderate-income students at the 296 high-graduation-rated institutions by 2025.

Dr. Kevin Pitts, vice president for undergraduate affairs at the University of Illinois, told Diverse that the school decided to join the initiative because it was a great opportunity to work with other schools, share best practices and brainstorm how they can improve in student access and student success.

“One of the things that’s great about ATI is that the types of institutions that are involved in that effort are very diverse. You’ve got large public institutions like the University of Illinois, you’ve got small private institutions and everything in between,” Pitts said. “So a lot of the issues that we face with students are in common. So for us to collaborate [with] these institutions to talk about what we can do to help recruit and retain and graduate students is really valuable.”

In order for an institution to be eligible to join ATI, the school must consistently graduate 70 percent or more of its student body in six years. Currently, 108 colleges and universities with high graduation rates joined the initiative because “they are committed to expanding opportunity for lower-income students on their campus and across the country,” said Dr. Liz Davidson Pisacreta, the lead author of the report.

Spelman College, a historically Black college and university, joined ATI as an opportunity to support new ways of thinking about retention for its low- and moderate-income and first-generation students, said Ingrid Hayes, vice president of enrollment management at Spelman.

“Our top priority is to raise significant scholarship dollars to better support our neediest students, as this is often a barrier to our retention and completion efforts,” Hayes said. Spelman College is one of the members that has contributed to ATI’s success in regards to continually serving large numbers of lower-income students, with 48 percent of its student body identifying as being low- or moderate-income. 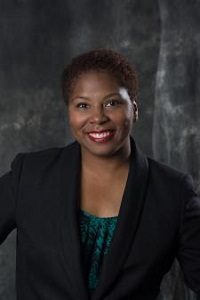 “Additionally, we are enhancing our student advising program to improve early intervention strategies so that we can anticipate barriers and work to remove them before they disrupt our students academically,” Hayes added.

“I think it’s really exciting because it’s no longer kind of, you show up and it’s sink or swim. It’s now, okay what are the student’s strengths, where might they need some help and how do we make the student be successful?” he said, adding that efforts to improve student success and offering financial support to students, “I think this is really a recipe for long-term success.”

In the next academic year, ATI hopes to build on their early progress through focused collaboration, research and communications and hopes to make more strides in achieving their goal, Piscareta said.

For instance, in February ATI will bring more than 70 ATI presidents and chancellors together to meet in New York City and discuss the strategic direction of the initiative, the challenges they face on their own campuses and how they can support each other in meeting those challenges head-on, she said.

“We look forward to working together towards this common goal: contributing to America’s future as a diverse and prosperous nation where talent rises through higher education,” the report said.

Mystery of Missing Chinese Scholar Shakes Up University of Illinois