In a 2-1 decision, judges from the U.S. Court of Appeals for the 4th Circuit said that University of Mary Washington (UMW) officials could have done more to protect its students from online harassment. 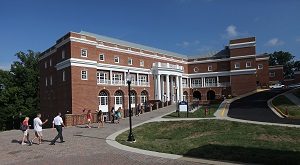 The case reached the court after members of Feminists United, a student-run feminist organization, sued the university in 2015 for adopting a hostile environment and neglecting to protect UMW students from sexist and threatening posts on the now inactive messaging app Yik Yak, according to the Richmond Times-Dispatch.

Students at UMW were exposed to threats of sexual harassment and cyber-stalking on the app after they publicly voiced their opinions about university Greek life and the rugby team. The students said they felt unsafe and threatened and urged the campus to disable the app on campus.

“Rather than seeking to end the online harassment and threats, Dr. Cox — as UMW’s Title IX coordinator — simply advised the Feminists United members that the University was powerless to address the offending conduct,” Judge Robert King and Judge Pamela Harris wrote in the majority opinion.

UMW president Dr. Troy D. Paino said that he and other officials have not had the opportunity to review the ruling yet.