The experiences of managing Asian American and Native American Pacific Islander Serving Institution (AANAPISI) programs from a two-year and four-year AANAPISI program director is the subject of a new brief  by the Penn Center for Minority Serving Institutions.

The brief offers recommendations for current and future grant program directors that can be useful in impacting student success.

“We understand far less about how [AANAPISI] programs have” impacted student outcomes, “which is significant to understand in order to replicate and sustain the success of MSI programs,” said Dr. Bach Mai Dolly Nguyen, author of the brief and an assistant professor of education at Lewis & Clark College. “Program directors are central to understanding how MSI grants are executed and provide an opportunity to learn key lessons about these programs.”

The AANAPISI program was established by Congress in 2007 as part of the College Cost Reduction and Access Act and was expanded in 2008 under the Higher Education Opportunity Act.

The program offers grants and other assistance services to qualifying AANAPISIs to allow the institutions to advance and increase their student capacity to serve Asian Americans and Native American Pacific Islanders and low-income students, according to the AANAPISI website.

In order to qualify for a program grant, a college or university is required to have at least ten percent of its students identify as Asian American and Native American Pacific Islander when applying and at least 50 percent of an applying schools’s degree-seeking students must receive financial aid at least one of these programs: the Federal Pell Grant, Federal Supplemental Educational Opportunity Grant (FSEOG), Federal Work Study (FWS) or the Federal Perkins Loan, the AANAPISI website stated. 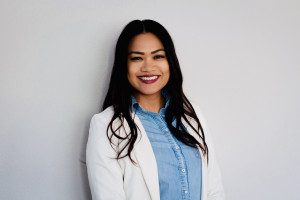 The main purpose for having an  AANAPISI program director on campus is to give life to MSI grants. The program director “must have the entire vision of the grant in mind, while simultaneously managing” the daily functions in addition to engaging with the administration and mentoring students, Nguyen said.

When preparing for the AANAPISI grant, program directors should check their assumptions about expectations, remind themselves to focus on seeing the program from a broader perspective and to be flexible in regards to different approaches, according to the brief.

While the AANAPISI grant is in place, the two-year and four-year program directors suggest that program directors embrace any detours that arise, engage with colleagues on campus and evaluate the program’s success after each year.

After the grant program ends, program directors should collaborate with the institution’s academic unit/division and align the grant with more broad institutional efforts and strategic plan, the brief said.

“You need instructors, you need the collaboration, things that would have been difficult to establish [on our own],” the two-year program director said in the brief. “Instructors really support one another in ways I didn’t see happen when we were programming under student services. And I don’t know why that is. I don’t know, but I can say it hasn’t been that difficult.”

The brief offered the following recommendations for current or future AANAPISI program directors:

Nguyen said that this brief is a starting point towards a better understanding of how to effectively execute an AANAPISI grant on a college campus.

“The more research can dive into how MSIs are constructed on varying campuses, how they are executed and maintained, the greater opportunity AANAPISIs have in understanding how to successfully integrate programs that produce improved student success,” she said.