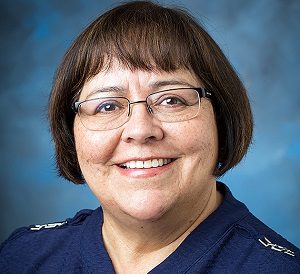 González most recently served as associate provost for faculty affairs and professor in the Department of Chicana/o, Latina/o studies at Loyola Marymount University. González will succeed Dr. Lizbeth “Beth” J. Martin, who currently is interim provost and senior vice president at Gonzaga for the remainder of the academic year, according to a university announcement.

“In asking Dr. González to join the Gonzaga community, we are so excited to engage with a proven leader in higher education; an accomplished scholar and skillful administrator who will guide Gonzaga’s efforts to provide students with an exceptional academic experience in the Jesuit tradition,” said Gonzaga University president Dr. Thayne McCulloh. “Dr. González brings deep and distinct experience working with faculty and students alike, along with a powerful perspective in a multitude of areas ranging from interculturalism to interdisciplinary studies.”

Born and raised in New Mexico, she is the cofounder of the Native/Chicana academic organization, Mujeres Activas en Letras y Cambio Social, or MALCS and a mentor to multiple scholars on the West Coast.

González received a bachelor’s in history/anthropology/liberal arts from New Mexico State University and a master’s and Ph.D. in history from the University of California, Berkeley. She was the first Chicana student to complete the doctoral program at the university.