Hampshire College May Merge in June

Citing financial concerns, Hampshire College president Dr. Miriam Nelson announced in an email this week that the school will likely merge with another higher education institution by June.

It was unclear if the small, liberal arts college in Amherst, Massachusetts known for its nontraditional curriculum and gradeless courses would admit a first-year class in the fall. Hampshire is one of the more well-known institutions in the country to announce a potential merger.

The announcement is unusual because the school’s finances do not appear as unstable as the finances at other schools that have not decided to merge.

Hampshire officials said they would prefer to be diligent about their future.

“We’re not going to have our head in the sand, and we’re really going to be proactive,” Nelson said.

To date, the schools in Massachusetts that have merged or closed its doors have been less selective and well-known, according to The Boston Globe.

Obtaining a merger partner by June would allow both schools to outline the transition before Hampshire’s 50th anniversary in June 2020, Nelson said. 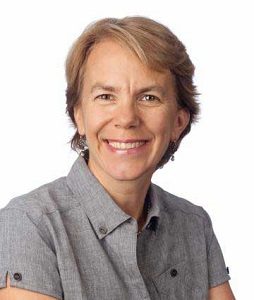 With regard to whether the college will admit an incoming freshman class, Hampshire officials said they will make that decision by Feb. 1, when the college would normally notify applicants if they were accepted.

In comparison to how several other colleges and universities have recently handled similar financial struggles, Hampshire college’s approach differs.

For instance, the abrupt announcement that Mount Ida College would close its doors in 2018 created controversy after several incoming students already submitted deposits to the school and turned down other offers. Several former students even filed a lawsuit against the college, accusing college officials of misleading students, fraud and violating student privacy.

Last summer, Wheelock College merged with Boston University in an effort to save the financially struggling, 130-year-old college. As a result of the merger, Boston University received ownership of all of Wheelock’s assets and liabilities.

In addition, The College of St. Joseph in Vermont is at risk of closing as a result of its regional accrediting body’s plan to withdraw its accreditation if the college’s financial condition does not improve.

Established in 1970 to challenge the traditional liberal arts school model, Hampshire is located on 800 acres of past farmland and apple orchards in the Pioneer Valley. Hampshire runs on solar-powered electricity.