Robert F. Smith, a philanthropist and founder, chairman and CEO of Vista Equity Partners has recently given a $1.5 million gift to Morehouse College to support endowed scholarships and the establishment of a campus park to act as an outdoor study area for students.

The college will establish the Robert Frederick Smith Scholars Program in honor of the gift. It will be supported by $1 million of the donation.

Smith, a well-known investor, founded the global software and technology investments company Vista Equity Partners in 2000. The company currently manages equity capital commitments of over $46 billion and monitors over 50 software companies, employing 60,000 people around the world, according to a Morehouse release. 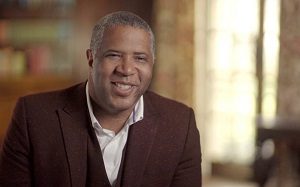 “Robert F. Smith’s donation of $1 million for student scholarships will have a profound impact on the lives of deserving young men who have the desire to attend Morehouse College, but lack the resources,” said Morehouse president Dr. David A. Thomas. “We appreciate his generosity and his investment in a generation of students who will follow in his footsteps as global leaders and entrepreneurs.”

Forbes magazine named Smith as one of the 100 greatest living business minds for his outstanding leadership in 2017. Smith was also the first African-American business leader to sign “The Giving Pledge” initiative, created by Bill and Melinda Gates and Warren Buffett. Pledges of initiative, who typically are wealthy or are from wealthy families, promise to donate over half of their earnings to causes like poverty alleviation, global health and education and disaster relief.

In addition, Smith is the largest private donor to the National Museum of African American History and Culture.

Smith is a 2018 recipient of Morehouse’s most distinguished community service award. He also received a Candle Award in Business and Philanthropy at Morehouse’s 2018 “A Candle in the Dark” Gala that benefits student scholarships.

Smith also donated $560,000 to buy land for the creation of a park in Southwest Atlanta. The new park will be located next to the Ray Charles Performing Arts Center located on Morehouse’s campus. The college will invite current students and alumni to provide input during the park’s design and naming.