A kind of magical synergy can break out in a university classroom that is diverse when unlikely circumstances coalesce. Where else would a 21-year-old Pakistani man and a 37-year-old U.S. Army Ranger from Ohio find themselves together in rural southeastern North Carolina?

Recently, students in a journalism class at the University of North Carolina at Pembroke became riveted when an in-class interview exercise morphed into an unexpected glimpse into life in Afghanistan. Students waited eagerly for answers as they tossed questions into the conversation. The two men were in tune with one another describing the reality of that part of the globe for others who have never been there.

“It once was a thriving, vibrant area,” the Pakistani said. “It was modern. Not all women wore the headscarves. There was tourism, before the Russians came.” When Russia was there, the U.S. supported the Taliban. “There have been both good Taliban and bad Taliban in both Afghanistan and Pakistan,” he explained. “Now, sometimes, the drones come, and the civilians get hurt; many get hurt.” He has friends who escaped from Afghanistan.

The Army Staff Sergeant most recently was stationed outside Kandahar, which he called the birthplace of the Taliban. His platoon became part of national news coverage after two civilians were killed. He, also, recounted stories of wounded buddies.

“You have to expect you’re not coming home,” he said.  It’s one of the hardest things he had to teach the young men under his command. He relied on his training and an ability to compartmentalize his life that he developed as a young kid during tough economic times. He taught the soldiers that training would get them home, not the yearning to be back with their families. 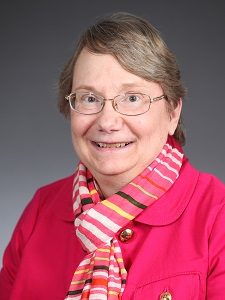 “The first time a soldier loses a buddy, it transforms them,” he said. He listed his buddies who have lost arms and legs, sometimes both, or have been shot in the neck. Today, those men are working again, contributing. The Army vet has endured two spinal surgeries. His nerve damage sometimes causes him to fall unexpectedly or drop beverages during a meal.  “Parachutes are not kind,” he explained.

“The guys I served with in Kandahar are my family,” he said. He’s not as close to his biological family back in Ohio but is devoted to his two children, 9 and 7. He was upbeat and funny with some salty language thrown in, not at all discouraged by his 16-year experience as a soldier. He served three tours in Afghanistan as well as in Iraq and Bosnia.

“You get altitude sickness,” he said. There are foothills around Bagram. It’s up and down mountains. It’s cold in winter and hot in summer, a little like the U.S. Southwest.

The two men from vastly different backgrounds agreed on the Afghani food. The Nan in Afghanistan was some of the best, as long as you didn’t think about it being cooked over dung, they laughed together. Passing the communal eating bowl was hard for Americans to get used to.

The Pakistani is an exchange student briefly in the U.S. from the University of Islamabad, where he is studying journalism. This diverse class of aspiring journalists had students of Native American, African-American, Latino and Puerto Rican heritage from North Carolina, Virginia and Pennsylvania.

Both men are studying to be journalists — the American as a foreign correspondent, the Pakistani as a journalist in his country.  Already, the Pakistani has recognized some differences, although he explained Pakistan is a Republic whose Constitution protects freedom of speech and press in theory if not always in practice.

“I don’t always feel as free to talk openly back there as I do here,” he said. It can be dangerous and feared he even could be taken off the street and detained. He said he doesn’t resent the U.S. being in Afghanistan. Other forces have been there, too, like the Saudis, he pointed out.

The American thought the U.S. should get out. He sees a problem with the division in the U.S. between those who have served in the military and those who haven’t.  At other times in U.S. history, a larger percentage of the population was a veteran. Now, he explained, less than 1 percent serves. People only see the big brush strokes and don’t know everything soldiers do — things that help the civilians of those countries.

Even in a military-friendly university like this one, he said, students may have questions but are reluctant to approach the veterans. Veterans, themselves, tend to be insular. He’d like to change that. He tries to do his part to integrate veterans through hosting study groups and tutoring sessions in history courses and going out of his way to meet people.

“Life’s about the experience,” he said. “I like getting to know people.”

Both men agreed on that. It’s a necessary trait for all aspiring journalists and a benefit of a diverse classroom.

Dr. Judith G. Curtis is an associate professor in the Department of Mass Communication at the University of North Carolina at Pembroke.