‘We Will Be Watching’ – Algorithms And African-American Life - Higher Education

‘We Will Be Watching’ – Algorithms And African-American Life

I attended a Catholic college preparatory high school in Chicago. During my senior year in high school I developed an interest in pursuing a major related to science, technology, engineering and mathematics (STEM) in college, so I signed up for a section of physics taught by a college professor spending his academic leave at our high school. A guidance counselor interrupted class and called me and two other classmates out to the hallway within the first week of class. He informed us that we were not qualified for this section of physics and we were being transferred to a new section. He argued that the new section offered a more appropriate cognitive demand and less challenging content that better aligned with the skills and background of the three Black teenagers listening to him. Instead of engaging with the discussion of physics happening on the other side of the door, we faced a lecture about our lack of intellectual capacity. Stunned by his action, but far from surprised in light of the prior three years, we each made a case for staying in the class. Our grades in prior science courses reflected a seriousness of purpose and our ACT scores served as independent validation. He relented and sent us back to class, not before blurting out, “We will be watching.”

All three of us played for the school’s basketball team. We made a pact never to miss physics recitation or after school sessions, even if the sessions conflicted with basketball practice. This shocked our coach who served as a guidance counselor as well. We suffered in access to court time. However, in our minds the competition shifted from hoops and beating other schools to sharpening our thoughts and scientific insight. Each of us earned science and math related degrees during our undergraduate careers. Two of the three in our group attained the highest level of education in the form of Ph.D. degrees. In contrast to my high school counselor’s lack of support, I benefited from a wonderful dean during my undergraduate years and three very gifted Black men served as mentors and advisers during my masters and Ph.D. programs. I remain grateful and at every turn attempt to model their generosity and firm push to pursue excellence. 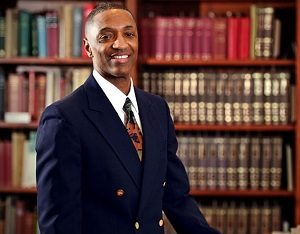 The struggle to gain access to a high-quality STEM education prepared me for a life in academic research. However, in this world, the same fight remained but in more nuanced forms. During the early 1990s, I served on the faculty of the University of Wisconsin at Madison. As was the custom, I presented the early version of a paper to my colleagues. The paper asserted that the use of mathematics and statistics in our democratic society is often linked to an attempt by one group seeking to gain an advantage over another group. Situations are mathematized in order to maximize advantage. Of course, rarely does the rationale of using numbers suggest the potential for harm to a group. I stated, “For example, hospitals are experimenting with computer systems that can calculate the probability of surviving an illness. Mathematizing the decision to place a patient on life support — under the banner of optimizing system use, minimizing hospital cost and maximizing profit — could result in discriminatory practice. Does being an African-American male lower a patient’s chances of receiving life support services, since comparatively speaking, African-American males have shorter life expectancy?” In addition, I worried that the use of mathematical modeling minimized the risk of successful challenges to the decision-making process. I asked, “How many students leave school with enough knowledge and practice to challenge the use of mathematics in society?” My Wisconsin colleagues viewed my perspective as wrongheaded and characterized it as radical rhetoric. One colleague remarked, “This could never happen in the United States.” It was disheartening to receive this critique. Fortunately, I learned from my earlier high school experience to push on. I completed the article and published it.

Since its publication in 1994, the article has resonated on and off in my thoughts as the digital revolution evolved. My mind turned to the article again after reading Virginia Eubanks’ book titled Automating Inequality. She presents the findings describing how high-tech sorting systems monitor and police the poor in human services such as Temporary Assistance to Needy Families, Supplemental Nutrition Assistance Program and Medicaid in Indiana; homeless services in Los Angeles; and child welfare in Allegany County, PA. Computer algorithms negatively influenced lives across these diverse geographic regions.

Legislative bodies influence our health, human services and criminal justice systems. Today, computer algorithms represent the front line of the new tools in the gerrymandering wars. The value of a vote shaped by mathematical modeling is the information age version of the poll tax and literacy test. Civil rights veteran Robert Moses argued that math and science literacy represents the content required for citizenship. He is correct.

Based on my experiences, I offer two recommendations. First, the need to secure the highest quality STEM education is essential for the African-American community and other traditionally underserved demographic groups. Parents and community leaders should seek to understand fully the quality factors associated with regional education and double down support to build their regional capacity in STEM education. Second, while building individual capacity in STEM attainment, a need exists for a parallel effort to monitor and to inform the design of the algorithms guiding our civic institutions. An algorithm-based society means math modeling touches many aspects of our lives. The mission of universities and colleges align with building this infrastructure in conjunction with community organizations. Emerging programs to build capacity and to support this struggle offer hope. Joy Bouolamwini, a doctoral student at MIT’s Media Lab, founded the Algorithmic Justice League to challenge harmful bias in artificial intelligence. In addition, the Metric Geometry and Gerrymandering Group (MGGG) is a Boston-based working group led by Moon Duchin of Tufts University and Justin Solomon of MIT. The MGGG pursues cutting-edge research in basic science and applications of mathematics to better understand redistricting problems while partnering with civil rights organizations by providing quantitative tools to protect voting rights. Significant investment in research on algorithms and justice by institutions of higher education warrants serious consideration. While vindicated, the need to face this monumental task moves me to continue the fight. I know they will be watching.

Dr. William F. Tate is the Edward Mallinckrodt Distinguished University Professor and Dean & Vice Provost for Graduate Education at Washington University in St. Louis. You can follow him on Twitter @DeanWFTate. An earlier version of this essay was published in the St. Louis American.

The Misinformation About Financial Aid