WASHINGTON – As assistant director of annual giving at John Carroll University, Sloan D. Cargill is part of a team that is always trying to find innovative ways to reach more people and raise more money to advance the Cleveland institution.

They’ve found some valuable help with GiveCampus, an educational fundraising platform that helps schools around the nation engage their constituents and enhance fundraising with technology-driven tips, trainings and tools. 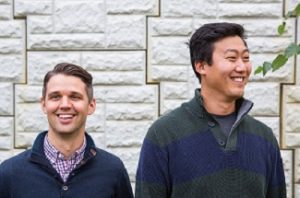 “This is a big move for us,” Cargill said Thursday between sessions of GiveCampus’ fourth annual conference, which was held Monday through Thursday at the Georgetown University Conference Center. “We’re trying to get the school to go more digital. We need to reach our newer alumni in different way, in a way that is more possible that we’ll actually reach everyone.”

Fundraising has become increasingly urgent for colleges and universities as they deal with rising costs, decreasing enrollments and – for public schools – shrinking state budget allocations. Connecting with alumni and other potential benefactors can yield big dividends for institutions adept at developing relationships that lead to financial gifts.

GiveCampus, a tech start-up, helps schools make that happen by providing a range of software resources that partner schools can subscribe to a la carte, including giving forms, a social fundraising platform, a volunteer management system and seven-days-a-week tele-consultations.

Since St. John’s University in New York became the first partner school in 2015, the community has grown to 627 institutions – up 53 percent in the last year alone – representing grammar schools up to four-year universities in nearly every state and a handful of foreign countries, said co-founder and chief executive officer Kestrel Linder.

In a festive environment that included whimsical table décor, interactive wall signs and beanbag-toss games, conference attendees participated in plenaries, panels and breakout sessions covering a range of topics, including how to maximize multichannel marketing, advocacy as the key to unlocking social fundraising success, connecting the digital and the physical, launching capital campaigns with energy and enthusiasm, student-led giving, engaging new generations, effective crowdfunding and effective volunteer recruitment and training. At a post-breakfast fireside chat Thursday, Linder led a discussion with co-founder and chief technology officer Michael Kong and director of partner success Felicity Meu about the importance of fostering innovation in the search for more donors and dollars.

GiveCampus can help, but advancement teams and development departments at schools would benefit from cultivating a culture in which empathy and innovation are valued, suggested Linder.

Prioritizing also is important because of limited resources, he said, describing how the same values drive the success of GiveCampus.

“We’re trying to figure out what’s most important. Where should we be placing our resources?’

Rapid innovation is essential, and gaining feedback and collecting and analyzing data can help evaluate and improve a concept in a matter of a few days or weeks as opposed to a few months or years, he said.

While companies that have retreats typically do so no more than once a year, GiveCampus employees retreat every 90 days “to jerk ourselves out of our daily routines” and to evaluate, learn and evolve as a group, said Linder.

For engineers and others who deal with the technological aspects of donor engagement and volunteer coordination, “prioritizing means that every time you say ‘yes’ to something, it comes with a ‘no’ somewhere else,” said Kong, who formerly worked at Facebook. “There are tradeoffs. You can’t say ‘yes’ to everything. You have to prioritize.”

It’s also helpful to seek and value community feedback and to have discussions around “pattern recognitions” that can help inform priorities, said Meu, who formerly led innovative fundraising initiatives as director of next generation giving at Stanford University

Linder and Kong met in 2001 as freshmen at Johns Hopkins University. When they graduated in 2005, Kong took his computer science degree to California and Linder took his international studies degree to Washington, where he earned a master’s degree at Georgetown.

After hearing of tuition hikes, layoffs and course cuts at many schools – and seeing a need for more personal fundraising messaging that resonates with potential donors – the friends teamed up in 2014 to establish GiveCampus.

The company has helped some schools achieve rapid results. For example, the private David Eccles School (DES) within the public University of Utah was losing its donor base when it reached out to GiveCampus in August 2017, said Lindsay Nelson who is director of development at DES.

With the company’s support, the school garnered 800 new donors and is on track to hit 2,300 in annual giving, Nelson told attendees during a session about major gifts.

“Giving has been completely enhanced by our relationship with GiveCampus,” she said, noting that the assistance also has helped the school find off-the-radar donors, close the deal on stalled major gifts and coax larger donations from current givers.

Cargill came to the conference with her supervisor, associate director of annual giving Amita Frawley, to get more of the support that has helped John Carroll since the university became a subscriber in October.

“In higher education, you’re not in direct competition with other schools for this type of giving, so you can exchange ideas,” said Cargill, echoing other attendees. “You can see what’s working and what’s not. We’re figuring out ways to push the needle forward, innovate and try to do new things. “

Linder said the mission of GiveCampus is about helping schools become more accessible and more affordable to more people. Its growth at the rate of about five new schools a week and partnerships with many of the top-ranked research universities and liberal arts schools, he said, suggests that they are succeeding.

“It’s really neat to see that’ obviously there’s a strong demand for more effective and efficient tools for fundraising,” he said. “At the end of the day, we’re just helping people identify and solve problems. We’re helping so many institutions raise money for a mission that could not possibly be more important to our country and to the world.”

Florida Could Open Books of Athletic Boosters and Foundations