I believe that universities should deliberately create a community culture that maintains the safety and dignity of all of their students. This includes the creation of policies that appropriately manage hate speech and related behaviors. Many universities employ speech codes to serve this purpose. Speech codes are meant to restrict hate speech and prevent discriminatory behaviors towards people on the basis of race, ethnicity, gender, national origin, religion, sexual orientation, age, ability or veteran’s status. However, the use of speech codes is widely contested among various entities including university administrators, critical race law theorists and non-governmental organizations such as the American Civil Liberties Union (ACLU).

Critics of speech codes contend that public universities cannot restrict speech as it violates the First Amendment, which protects hate speech with a few narrowly defined exceptions. Accordingly, public universities must be careful in writing and enforcing their speech codes as failed attempts have worked against both the university and the marginalized students such restrictions aim to protect. For example, a broad speech code may be subject to judicial invalidation or litigation as was the case for the University of Michigan. Universities can also be vulnerable to litigation if they take actions such as uninviting speakers to their campus on the basis of their viewpoint. 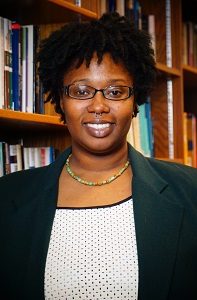 The ACLU states that “the First Amendment does not protect behavior on campus that crosses the line into targeted harassment or threats, or that creates a pervasively hostile environment for vulnerable students.” However, it is important to critically consider who gets to define what is “crossing the line” or what is “a pervasively hostile environment”. I believe people with privileged identities who benefit from the oppression of marginalized people should not be allowed to determine what is crossing the line into threatening or hostile territory. The identities of those who define these terms are not addressed in the ACLU’s statement. People with privileged identities includes those who hold power within the U.S. over marginalized people (i.e., White, cis-gendered, abled, heterosexual and/or male persons). It stands as unethical for privileged people to determine how much trauma marginalized people should endure before intervening, especially while the privileged people maintain their power. Instead, the voices of marginalized groups should be centered when universities make policies concerning what is considered “crossing the line” or a “pervasively hostile environment” for marginalized people.

For instance, racially marginalized people may find that demonstrations held by White nationalists create a pervasively hostile environment. A majority White team of university administrators may come to a different conclusion and decide that this is allowed on their campus under their free speech policies. However, those who share this privileged identity maintain power in our society and benefit from the racial marginalization of those targeted by hate speech in such demonstrations. White people also will not experience the trauma that racially marginalized people may experience during and after such a demonstration. Thus, a majority White administrative team should not be the ones to determine whether or not such a demonstration creates a pervasively hostile environment for their racially marginalized community members

In further critique of the Chicago Principles approach, enforcement of the free speech policies in line with this statement can run counter to a university’s diversity, equity and inclusion goals. By allowing hateful speakers and demonstrations to occur on college campuses, universities allow the continuation marginalization of oppressed groups. Such exclusionary experiences, and at times the university’s responses to them, give students with marginalized identities the impression that their campuses are unwelcoming and toxic. Thus, universities must counter harmful narratives that detract from their stated institutional values. More importantly, university administrators must consistently work to create an equitable and inclusive campus culture.

Universities have specific approaches to responding to public demonstrations of harmful and hateful speech, including releasing statements that re-affirm the values of the university, re-stating their non-discrimination policies, and referring students, faculty, and staff to the university resources for reporting hate and bias. These statements are meant to reassure the campus community that the university is committed to upholding specific values and that discriminatory actions will not be tolerated. However, statements are often interpreted as being superficial, especially when administrators do not invest in impactful diversity, equity, and inclusion efforts and the overall campus climate feels hostile towards marginalized groups.

Universities have a difficult balance to strike between speech codes, free speech policies and the creation of a diverse, equitable and inclusive campus. Universities must be proactive in building an inclusive campus community wherein hate speech against marginalized students is not tolerated by the campus community. Creating a truly inclusive campus culture is especially important considering the limitations universities have when creating speech codes and the negative effect hate speech has on marginalized students. Further, a university’s response to hate speech should be effective at asserting: 1) the university is actively opposed to discriminatory attitudes, actions and values that perpetuate the oppression of marginalized groups, and 2) the university is actively working to create an inclusive campus environment where all students feel valued, respected and safe.

Ulyssa Hester is a doctoral student in the Department of Agricultural Sciences Education and Communication at Purdue University. Ulyssa’s research interests include the creation of inclusive campus culture at Historically White Institutions with an emphasis on racial, ethnic and gender minority student experiences. You can follow her on Twitter @Ulychirp.

Speak Up, Lift Up, Fall Back: What We Need from Social Justice Allies