Several months after Paine College lost its accreditation by The Southern Association of Colleges and Schools (SACS), a judge ruled in the college’s favor.

Dr. Jerry Hardee, president of Paine College, recently announced the news that the college is now accredited by SACS in addition to The Transnational Association of Christian Colleges and Schools (TRACS). 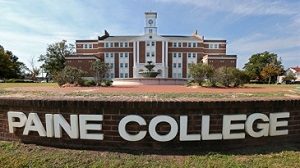 Though the school’s accreditation is restored, it is still on probation and will need to apply as a new institution once the restraining order is lifted, according to ABC-affiliate station WJBF.

“All parties involved will at some point sit down and discuss and come to a compromise,” said Paine College board chair-elect Michael Thurmond.

Though TRACS is a national agency, SACS still holds more benefits to Paine despite being regional, such as tapping into federal dollars and the NCAA, Hardee said.

Paine will graduate a class of a little over 40 students this year.