Dr. Félix V. Matos Rodríguez has been appointed the first Latino and minority Chancellor of the City University of New York (CUNY). 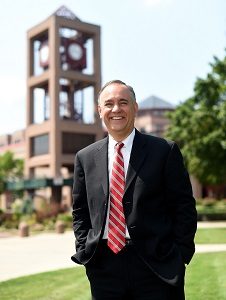 Matos Rodríguez, who has been the president of Queens College since 2014, has been nationally recognized as a trailblazer in higher education. During his tenure at Queens, he has enhanced the school’s reputation for excellence, according to CUNY officials.

In addition, Matos Rodríguez focused on increasing diversity throughout the college. Almost half of the current Queens cabinet members are people of color and 48 percent of faculty hires have been from underrepresented groups.

“For me, this appointment is particularly special because CUNY is home. I am immensely proud to have risen through the University’s ranks and am deeply honored to now have the opportunity to lead an institution I love and treasure. I will strive every day that I am Chancellor to fulfill the promise of our noble mission to afford academic excellence and economic opportunity to all. And I will endeavor to elevate to new heights CUNY’s legacy as the paradigm of a people’s University.”