A new research brief sponsored by the Penn Center for Minority Serving Institutions (CMSI) at the University of Pennsylvania aims to spark further research on how predominantly Black institutions (PBIs) evolve to accommodate the underrepresented groups they serve. 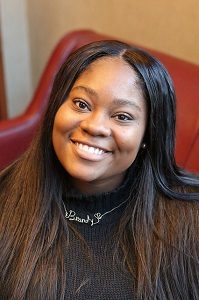 Since PBIs were first recognized in Congress in 2007, many have taken advantage of the Department of Education’s Strengthening Predominantly Black Institutions Program to increase their capacity to serve and support more low- and middle-income Black college students, according to the brief, “Predominantly Black Institutions: Pathways to Black Student Educational Attainment.”

A significant portion of the nation’s 104 PBIs are public, two-year community and technical colleges, the brief said. PBIs differ from historically Black colleges and universities in that PBIs do not have an explicit mission to serve Black American students.

“However, similar to HBCUs, these institutions are providing access to higher education for many low-income and first generation Black students who may not have access to higher education otherwise,” the brief said. “Many PBIs are making an effort to better engage their Black student population and the funding from the PBI program has in many ways provided support to that end.”

Trinity received its first formula grant as a PBI in 2016 and used the federal funding to enhance facilities and equipment in science and nursing laboratories. The effort is undergirded by nearly $1.6 million in PBI funding support so far, and has resulted in an increase the number of Black students enrolling in the sciences and nursing and an increase in the number of nursing students who secure prestigious summer research internships and post-graduate fellowships at major laboratories.

Significantly, the NCLEX scores of Trinity’s nursing graduates have surpassed the 80% threshold, the brief said.

Baton Rouge Community College (BRCC) similarly secured a PBI program formula grant in 2016 for efforts to improve the college’s retention and graduation rates for Black students. With 43 percent of students identifying as African American, BRCC established the African American Resource Office to improve student outcomes. Moreover, the resource office aims to reduce the number of Black students in developmental courses by using a degree and audit system, which will be supplemented by intrusive advising, early intervention tools, academic boot camps and collaboration between AARO, counseling and advising, the brief said.

Jones, who is also pursuing a master’s degree in higher education at UPenn, said PBIs often work in silos as they prepare the next generation of Black students. As more research continues and as more PBIs receive funding to support their marginalized populations, they now have an opportunity to share their stories and the successes of their initiatives, she said, adding that the CMSI brief seeks to bring their work to light.

“It highlights the intentional and strategic initiatives that these institutions have enacted to address the distinct challenges Black students face on college campuses,” Jones said. “As institutions shift to better accommodate more minoritized students, institutions can and should use PBIs as models for supporting both Black and low-income students — as well as Black low-income students and other students of color— on their respective campuses.”