Dr. Cynthia Newman, dean of the College of Business Administration at Rider University, has stepped down from her post following the university’s decision to prevent a Chick-fil-A from opening a chain on campus. Newman claimed that the school’s choice and words about the restaurant chain’s values don’t align with her beliefs as a Christian woman. 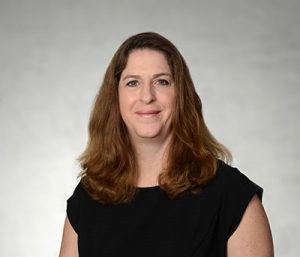 In a letter sent to the Rider faculty on Feb. 14, Newman said she was resigning from her position as dean, but will stay at the university as a professor beginning in September.

The restaurant’s corporate values have created controversy since its president verbally opposed same-sex marriage in 2012 and reports found Chick-fil-A donated to organizations that were against same-sex marriage, according to NJ.com.

Rider had previously asked its students to complete two surveys asking them to vote on their top choices for a new restaurant location on campus. One survey had the chain listed as one of the top choices. However, in November university officials said that the restaurant was removed as one of the options “based on the company’s record widely perceived to be in opposition of the LGBTQ+ community.”

The notice sent to the campus community said the restaurant’s corporate values “have not sufficiently progressed enough to align with those of Rider.”

“I felt like I had been punched in the stomach when I read that statement because I’m a very committed Christian,” Newman said in a video interview with Campus Reform. “Chick-fil-A’s corporate purpose statement is to glorify God, to be faithful stewards of all that’s entrusted to them and have a positive influence on everyone who comes into contact with them. And I would say that mirrors my personal beliefs perfectly.”

“While we respect Dr. Newman’s personal decision, we maintain that the decision about choosing an on-campus restaurant franchise was in no way a judgment on religious values,” said Kristine Brown, associate vice president of marketing and communications. “Rather, our intention was to foster a sense of respect and belonging of all members of the campus community, including those who identify as LGBTQ+. The University thanks Dr. Newman for her many contributions to Rider since assuming the role of dean in 2017.”