Success Comes At a Price

While the number of low-socioeconomic status (SES) and first-generation students attending graduate school is increasing, many barriers still stand between these students and their climb up the social ladder: largely the disparity between networks and opportunities when compared to their more-privileged peers. During my time in graduate school, I have learned the importance of attending professional conferences and other networking events, however, I have also learned who can afford to go to these events – and who cannot.

Research has shown that a gap persists between social classes, even after attending college – with those from wealthier backgrounds earning higher paying positions upon graduation. Some researchers suggest that these gaps may come from the differences in connections – those from wealthier backgrounds may have previously established relationships to rely on to attain better employment. And during my time in graduate school, I’ve come to realize that, while opportunities to build those networks exist, many of my wealthier peers have been able to establish much broader networks than those who did not come from such privileged backgrounds. 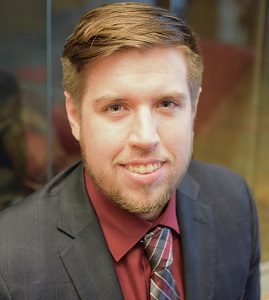 When we consider that, within the field of education, conference registration for students usually varies between $60 and $250 – a cost that is much higher in other fields such as STEM (science, technology, engineering and mathematics) – and hotel, transportation and other expenses may add up to the hundreds or thousands, these prices are often too much for less-privileged students to afford, so they end up not attending at all. On the other side of the coin, their more-privileged peers can attend, continue building valuable connections and even interview for jobs on site.

Although many conferences now offer funding opportunities for which graduate students may apply, these opportunities are generally not designated for only low-SES or first-generation students – instead often having tedious applications and requirements of (or “strong preferences for”) presenting. As we see an increase in one-year master’s programs, it may not be reasonable to expect a first-year master’s student, especially one who may be working their way through graduate school, to submit a manuscript to present at a conference. But this doesn’t mean that they shouldn’t be able to attend that conference.

Ultimately, there are 3 key questions that institutions and organizations should be asking themselves, in considering how they may be more inclusive of low-SES and first-generation members:

Rather than setting up travel funds so that they may benefit those who can already afford to attend conferences, what would it look like if we targeted travel scholarships to those who otherwise wouldn’t be able to attend? The #RealCollege convening may serve as a role model in this endeavor – where several low-SES students were provided the funds to attend, and flights and hotels were booked on their behalf. Moreover, the students who received funding were under no obligation to be exposed as low-SES – they were not required to write a mandatory blog or to wear anything that would make them appear different than other attendees, as we often see at other conferences.

Saying we should establish more scholarships for low-SES students and actually finding the money to support those awards are two very different undertakings. However, we may consider what we are doing to achieve the mission of supporting others. Again, #RealCollege may serve as an example in this task, as in their conference registration webpages, they implemented easy options for individuals to pay for other attendees’ registration or to donate to the student travel fund. This was the first conference in which I ever encountered that included such options in the registration – bringing attention directly to members in the field that may be able to contribute.

Additionally, how might our communities facilitate member-to-member price-reducing strategies, such as sharing Uber rides or hotel rooms? ASHE Grads provided a hotel roommate matching signup form for the most recent conference – which may serve as a model for other organizations. Providing Facebook groups or interactive forum spaces for participants may allow others to reduce their costs in small but meaningful ways.

Finally, it’s important that we acknowledge some of the norms in our organizations that are barriers for those from less privileged backgrounds – such as how we distribute funding. It is vital that we reconsider how we may provide funding to students in a timely manner, before the conference takes place, so that they are not expected to rely on reimbursement and may take advantage of friendlier flight, hotel, and conference rates (i.e., early bird registration).

The cost of “professional” attire may also serve as a large burden for those from low-SES backgrounds, especially young men who are often expected to wear a suit, tie and dress shoes for 3-4 days at a conference. At recent conferences which I’ve attended, I have been excited to see social movements incorporating their t-shirts into the programs – such as #LatinizingASHE, #CiteASista, Decolonizing Higher Education, and others – both for the representation purposes but also for the much friendlier expense of a t-shirt rather than a suit.

These are but a few suggestions for how we may make our institutions and organizations more inclusive. However, there is a broader question that warrants more discussion: Who is missing from our events, and how do we get them involved? If success comes at a price, it’s time we make that price more affordable.

Tyler Hallmark is a Ph.D. student at The Ohio State University.