Dr. Robert Vela’s presidency at San Antonio College (SAC) has resulted in a more diverse administration that reflects the student body, increased engagement with the surrounding community and a soon-to-be-developed diversity initiative that aims to embed a commitment to diversity, equity and inclusion across the college’s divisions. 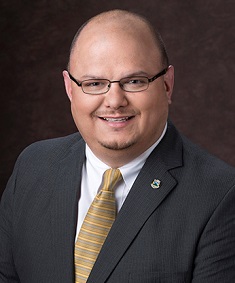 These ongoing changes are part of what Vela calls “serving our backyard,” a nod to the greater San Antonio region that is home to many of the college’s more than 20,000 students. As SAC leaders work to accomplish the institution’s strategic plan, Vela acknowledges that a chief priority has been pointing every campus member to the “north star” that is student success.

Vela makes it a point to interview all full-time hires – from the custodial staff up to vice presidents – to inquire about if they truly want to fulfill SAC’s mission and if they have a “purpose-driven” character, he said. He likens transforming institutional culture to turning a big battleship, adding that it takes leaders in critical positions such as department chairs, directors and faculty to truly make a difference.

“They can truly turn it one class, one student at a time,” he said. “It’s important that everyone in the organization feels like they can make that difference.”

Equipping and training leaders and faculty on campus to work with data has also been key to serving students at SAC. Vela was one of the first in the Alamo Community College District to create a division uniquely dedicated to data that guides institutional decision-making, helps leaders establish lead and lag measure and disaggregates student outcomes to see if outcomes gaps are widening or closing in real time. It is named the Division of Integrated Planning and Performance Excellence.

“It was important for us to get out in front of this and be able to get the data in front of us to make decisions on the fly, week by week to be able to hopefully make a change on that outcome at the end so we can ensure that all students are winning,” Vela said. “We break [data] up by ethnicity, by gender, by veteran status, by socioeconomic status. We look at it from class to class, professor to professor, service to service, and we see what those areas are that we need to improve on so we can continue to get better for all students.”

Vela noted that he is also fortunate to have a Board of Trustees that is forward-thinking and that challenges him as a president to address and close equity gaps by consistently disaggregating student data to see who is succeeding, who is not succeeding and why, he said.

Keeping in mind students’ sense of belonging, Vela has recruited the most diverse leadership team in SAC’s history. His first hire as president was the first female African-American chief academic officer at the college. He is proud to have an administration that also includes four Hispanic leaders, a Muslim dean and three White deans.

“This really evolved around hiring the best people, not just with credentials, but also understanding who we serve and having that passion to serve our backyard,” he said. “We’re getting even more faculty of color as well.”

The outcome of this diversity in leadership is increased engagement from students, Vela said, adding that many leaders on his team are also advisors to special student populations.

“Students begin to see a reflection of themselves in our leaders, in our faculty and staff, and they begin to engage,” he said. “They begin to invite you over to their discussions about what they want to see at the college and begin to influence what is happening at the college.” 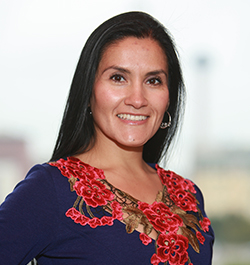 Dr. Claudia García-Louis, visiting assistant professor in the Department of Educational Leadership and Policy Studies at the University of Texas at San Antonio, describes Vela as community-oriented, giving and empathetic.

“He consults with the community, he understands his student population and he’s very intentional about making sure that the voices of his students and his community are really being heard,” García-Louis said. “I think that’s very unique. Oftentimes, presidents are so far-removed from the student population that they tend to have a bird’s eye of view.”

García-Louis recalled a time when she saw Vela at a cheerleading event with his daughter. He was dressed in jeans and a hoodie, reflecting what García-Louis says is a humble and personable characteristic of the president.

“I saw students going up to him and talking to him [and] his ability to be relatable and approachable” stood out, she said of the Latino leader. “I think that matters. When you want to effect change, not only do you have to be able to relate to the community, but you have to be approachable. I think that’s what makes a difference with him. He understands where he comes from and he’s very proud of his upbringing.”

As the first Latino chief academic officer role, Vela made a deliberate effort to ensure that all vice presidents were at an equal level, and that the staff senate, faculty senate, student government association and adjunct faculty similarly had an equal say at SAC.

“They all had an equal seat the table, but more so than a seat at the table, an ability to influence the decisions of the institution,” he noted.

“We’ve got a lot of best practices,” Vela said, “but we also need to begin to connect the dots and ensure that there’s this mindset that we have this all over the college, not just in pockets.”

The effort will be critical to driving student persistence, engagement and completion at SAC.

“As a community college, our doors are wide open. But if students are not coming through those doors because they simply don’t know the culture or don’t understand it, we’ve got to go get them and show them this is their home – this is something they can be successful at,” Vela said. “That’s how you start to really impact and change your communities. My goal is to ensure that every student ultimately feels that way.”