Meharry Medical College launched on Friday the Meharry Center for the Study of Social Determinants of Health to advance the school’s mission of exploring the impact of social determinants – including smoking, alcohol use, food instability, and poverty – on underserved communities, and crafting programs and policies to help people lead healthier lives. 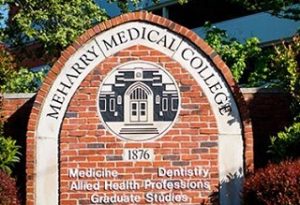 The center will be housed in the School of Graduate Studies and Research. Its first initiative will involve the study of tobacco and nicotine-related products through a five-year, $7.5-million independent research grant from JUUL Labs, Inc.

“I understand the involvement of JUUL may give pause, just as it first did me,” said president and CEO Dr. James E.K. Hildreth, Sr. in a letter to the college community. “We have, however, spent countless hours airing our concerns with JUUL, and are now confident in moving forward because of the critical importance of the work we will do and the assurance we have that it will be entirely independent.”

“We have historically found ourselves occupying the last seat at the table when research is conducted on emerging public health issues that profoundly affect minority communities,” Hildreth continued. “We have paid a heavy price for being shut out. Targeted unscrupulously by the tobacco industry, our community is replete with smokers – six million African-Americans nationwide. The diseases that kill or cripple our patients at far higher rates than other populations – hypertension, diabetes, cardiovascular and lung disease, and cancer – are exacerbated by smoking.”

He said the grant is “a unique opportunity to redress the harm that’s been done, making it possible for Meharry students and researchers to engage in significant, original study of tobacco and nicotine-related products.”

The college will be deeply involved in charting a course for education, prevention and policy relative to use of those products and will address growing trends in the use of e-cigarettes and vaping devices among youth, he said.

“We have been explicit with JUUL executives that we must and will always operate with complete autonomy and authority, and will publish our findings independently, no matter the consequences to their company,” Hildreth added. “JUUL has agreed to and endorses these conditions. I can tell you unequivocally that the resources we garner will only be used in the best interests of the people we serve.”

Research is slated to begin in the fall, after topics have been solidified. An executive recruiting firm will conduct a nationwide search to identify a scientist to oversee center programs.