As Dr. Henry N. Tisdale prepares to retire June 30 after 25 years as president of a transformed Claflin University, the historically Black institution announced Monday that he will be succeeded by another HBCU president.

Dr. Dwaun J. Warmack, president of Harris-Stowe State University in Missouri for the last five years, has been appointed by Claflin’s board of trustees as the ninth president of the 150-year-old school in Orangeburg, S.C. 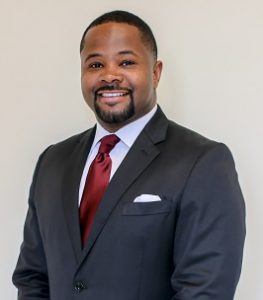 Accompanied by his wife and daughter, Warmack appeared Monday at a brief news conference at Claflin, where his appointment was publicly announced. He expressed enthusiasm and optimism, praising Tisdale’s leadership and pledging to continue Claflin’s rich tradition.

“Claflin is an amazing institution and is doing some great things, and what I hope to do is build on the outstanding legacy that is here,” he told Diverse later in a telephone interview.

Board chairman James K. Lehman said Warmack was the unanimous choice of trustees who believe that “he will continue Claflin’s upward trajectory, keeping the university among the nation’s leading institutions of higher education. He brings a brand of leadership that is inclusive, transparent and inspires teamwork.”

Warmack, who takes office Aug. 1, said he aspires “to honor President Tisdale’s amazing legacy by continuing the Claflin standard as a beacon of excellence in higher education for future generations to come.”

Warmack, who recently was selected an Eisenhower Fellow, was senior vice president for administration and student services at Bethune-Cookman University prior to arriving at Harris-Stowe. Earlier, he served as associate dean of students at Rhodes College, where he oversaw student affairs and administration, and held positions at Delta State and Western Carolina universities.

At Harris-Stowe, Warmack helped acquire more than $24 million in external funding, including a $5 million STEM grant that was the largest in the school’s history. He cultivated more than a dozen partnerships with regional organizations, other institutions of higher education and Fortune 500 companies.

Also during his tenure, the 162-year-old university achieved broader geographic representation, a 34-percent increase in enrollment, a tenfold increase in applications and a tripling of the number of certificate and degree programs offered.

Dr. Michael Lomax, president and CEO of the United Negro College Fund – of which Claflin is a member institution – was among those praising Warmack’s appointment.

“I’m confident that he will bring to his new role the same dedication and transformational leadership that has been valued throughout his distinguished academic career”, Lomax said in a statement. “We’d also like to thank Dr. Tisdale for his decades-long commitment to academic excellence and for providing a thorough scholarly vision for the Claflin community.”

Warmack’s career move takes him to a larger school that generally ranks higher in academics and, under Tisdale’s leadership, has emerged as one of the nation’s premiere colleges.

He also led Claflin in two successful capital campaigns that exceeded their goals, raising $30 million at the end of the first one in 2002 and hauling in $105 million to cap the second one in 2016.

Warmack told Diverse that the greatest strengths he believes he brings to Claflin are a strong enrollment background that will dovetail with Claflin’s strategic plan, strong experience building academic programs and “a keen understanding” of the trends and best practices at HBCUs.

Those attributes will serve him well, said Dr. Ivory A. Toldson, president and CEO of Quality Education for Minorities (QEM) Network and a professor a Howard University.

Toldson predicted that Warmack would maintain Claflin’s position as “a front-runner in terms of educating students and engaging alumni.”

“This is good news for the HBCU landscape and I look forward to great things to come,” said Toldson, the former executive director of The White House Initiative on HBCUs during the Obama administration. “He was an outstanding president at Harris-Stowe, and I think he brings an energy and an enthusiasm and a dedication to the job. He knows how to effectively use social media to connect well with people outside the university to bring resources in.”

Warmack said he will miss Harris-Stowe students, family-like relationships within the university community and the way St. Louis embraced him and his family.

And as the next chapter unfolds, he says, he feels “joy, excitement and a feeling of transformation.”