Newbury College, the  private college closing in Massachusetts, is holding a closeout sale in an effort to pay off its remaining debts, according to officials. 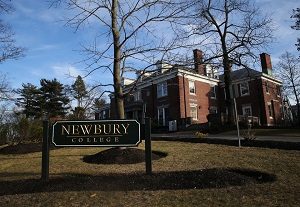 Launched on Friday, the closeout sale includes the college’s equipment, furniture and other items. The closeout sale is organized by Eaton Hudson, a company that has similarly worked with closing stores such as JCPenney, Circuit City and Toys ‘R’ Us, WBUR reported.

“All of a sudden, we became the premier sellers of colleges and universities in this country and we set up this division only to handle that,” Eaton Hudson CEO James Schaye told WBUR. “And it’s unfortunate for the small schools, but obviously it’s been good for our business, and it’s good for the creditors, too, because we’re bringing back recoveries that they have not seen in the past.”