From Cotton Fields to University Leadership: The Transformative Role of Education - Higher Education

In the opening of Dr. Charlie Nelms’ new life memoir From Cotton Fields to University Leadership: All Eyes on Charlie, he writes that it was the cotton fields of Arkansas where he first learned how to dream. 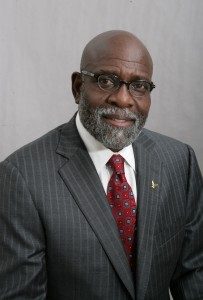 “My body was in the field, but my mind was never there,” writes Nelms, recalling his experiences picking cotton in the 1950s and 60s. “I dreamed of a more equitable America where my parents and siblings (indeed all ‘Negroes’ as we were called back then) could enjoy a quality of life beyond anything they could imagine.”

In many ways, Nelms’ decades-long career in higher education has come full circle. His memoir now serves as a compelling message for the next generation of leaders to answer the calling to provide equitable educational opportunities that transform students’ lives.

From Cotton Fields to University Leadership starts with the former chancellor’s upbringing in the Deep South in a time when “the cards were just stacked against African American people,” Nelms told Diverse. Because they had to pick and chop cotton, he and his siblings never attended school for nine months consecutively.

It was the dreams and support of his parents — and their constant messaging on the importance of voting, owning land and getting a quality education — that motivated Nelms to embark on a journey to leave the world a better place through education.

Nelms attended the University of Arkansas at Pine Bluff — then known as Arkansas Agricultural, Mechanical and Normal College — for his undergraduate degree in agronomy and chemistry. He came to the institution “ready to work hard” after years of toiling in the cotton fields and found that he had to work harder and smarter.

By the time he left the HBCU, his professors and others at the school had convinced him that he could be successful in anything he did after that. Nelms went on to serve in a number of roles, including as a Ford Fellow at Columbia University, an American Council on Education Fellow, and chancellor at the Indiana University East, the University of Michigan-Flint and North Carolina Central University.

“They surrounded me, immersed me in a culture of support and encouragement such that when people at Columbia and Indiana [said that he could not accomplish much] I knew they were lying,” Nelms said. “Because of the support that I received at the HBCU I attended, that made me more convinced that those institutions served a very, very important role.”

The importance of mentorship and community are similarly embedded in Nelms’ memoir, and he makes it a point to repay those who have mentored him by paying it back and paying it forward, he said. He mentors high school students, community college students, graduate students, young education professionals and more.

He and his wife have also established the Charlie & Jeanetta Nelms Endowed Scholarship at four universities, paving a way for roughly 30 students to afford their education annually.

On the importance of investing in higher education, and particularly in HBCUs, Nelms said: “We can all be philanthropists. It has less to do with the size of your gift, than the spirit of your gift.”

“All of us who graduated from HBCUs have an obligation to ensure the sustainability of these institutions,” he urged. He shared that the proceeds from his life memoir will be donated to the United Negro College Fund and the Thurgood Marshall College Fund to support students who wish to enroll at HBCUs.

Today, the nationally recognized leader in higher education keeps a jar of cotton on his desk to remind him of his dreams, sacrifice, hard work, love and the support of his parents.

He hopes that readers takeaway from his memoir the notion that they must embody the change they wish to see in the world and that they are more than their material possessions. Further, he hopes it inspires others to share their own experiences about the empowerment they achieved through education.

Dr. Walter M. Kimbrough, president of Dillard University, notes that Nelms’ memoir resonated with him, as it presents his life story in a way that speaks to everyone.

“His story provides a roadmap for people who had the same upbringing, including starting off with a low standardized test score,” Kimbrough said. “His life has been transformed by education and I think he has worked to challenge all of us to provide that kind of transformation for others.”

Kimbrough adds that From Cotton Fields to University Leadership puts pressure on education leaders like himself to “step up even more intentionally to press our advocacy for HBCUs.”

“Charlie is such an effective communicator, a straight shooter who gets to the point directly, and doesn’t hesitate to make us deal with uncomfortable truths,” Kimbrough said. “He is a rare breed, and yet we don’t have enough like him.”