Innovator and Visionary for Community Colleges

When Dr. Gail O. Mellow concludes her 19-year presidency at LaGuardia Community College of the City University of New York (CUNY) in August, she leaves a legacy not only for the institution, but also for community colleges across the country. 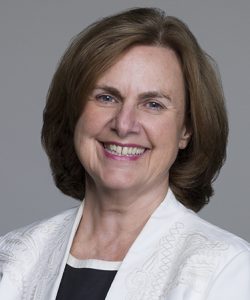 Mellow, who describes herself as “relentlessly student-focused,” began her own higher education journey at Jamestown Community College, which she says was pivotal in her career-long commitment to advancing the way community colleges connect with and serve students. She understands the drive students have despite life circumstances, financial constraints and even lack of family support.

Her leadership of this public institution that serves more than 57,000 credit and non-credit students each year is flexible and collaborative.

“Trying to not only weave together that net­work of support, but frankly also diminish the stigma,” says Mellow. “Being sensitive to the challenges and the unnecessary shame that pov­erty invokes in students is very much a part of what we have to do.”

To be effective, Mellow says, the college has to stay closely connected to the community. Part of that involves engaging business and industry. When she visited Boyce Technology, which is located near LaGuardia in Long Island City, she learned the company was in need of qualified employees.

“We immediately connected our engineering students,” she says. “Charles Boyce, the CEO, now has eight of our LaGuardia students there. They are learning the most cutting-edge technol­ogy. They’re using laser-cutters in order to create the circuitry to create the cell towers that Veri­zon is using.”

Racial, ethnic and international diversity are significant factors in New York City. Many stu­dents come from nations in turmoil and deal with psychological trauma and financial uncer­tainty.

“The way to stay connected is to make sure that you’re talking to people, that you’re out in the community and that you’re creating collabora­tive connections with all of the points of access,” Mellow says. “For us that will be community-based organizations. You have to be in the game in order to open those doors.”

CUNY Chancellor-designate Dr. Felix V. Ma­tos Rodriguez referred to Mellow as a “pioneering leader” and a “trailblazer for community colleges everywhere.” When she began her position at LaGuardia in 2000, Mellow says people didn’t really understand community colleges, despite their significant role in educating undergraduates in the United States.

“I thought one of the most pressing issues was simply raising the level of awareness about who goes to college in America,” Mellow says. She is often sought out by the media to talk about community college students.

“There have been a lot of ways in which I think the work that I’ve done, the books that I’ve written (co-authoring Minding the Dream: The Process and Practice of the American Community Col­lege and Taking College Teaching Seriously: Pedagogy Matters!) and the speeches that I’ve given have really helped,” she says. “I am just one among many raising the issues about understanding the real­ity of American higher education. Also, the fact that we would not have a middle class in America today if it wasn’t for community colleges.”

Under Mellow’s presidency, LaGuardia has had a 64 percent increase in enrollment of degree-seeking students and a 155 percent increase in non-credit students. The college’s graduation rate has risen six percent over the past five years. LaGuardia graduates are 32 percent more likely to transfer to a four-year institution than community college students nationally. Students have gone on to prestigious institutions such as Stanford and Brown.

New majors have been established. Faculty development opportunities have increased thanks to funding from the Gates Foundation and Lumina Foundation. There is more than $20 million in external funding secured through grants and contracts each year for workforce development programs and initiatives that support at-risk students.

Mellow is most proud of pedagogical innovations — a focus on how to teach differently. The college has licensed the intellectual property to Faculty Guild, which is now taking it to two-year and four-year colleges across the country.

“Because we’ve been able to experiment here and kept our eyes on the prize, we have been able to really change how things are done,” says Mellow. “It often comes down to what do you do in the classroom? How do you structure that interaction? How do you support faculty to be their best?”

At the recent end-of-semester gathering with faculty and staff, Mellow was presented with a seven-minute video highlighting her accomplishments over the past 19 years. She saw it as a reflection of everyone’s talents united to accomplish something important.

“It felt so powerfully rewarding to have this group of people who came with me on this journey and took everything I had to offer and played it forward in amazing ways,” she says. “I left nothing on the field. I gave it my all.”

This is one in a series of articles about retiring college presidents.