Victor Rodriguez has gone from a subpar high school grade average to acceptance at one of America’s premiere graduate schools, thanks in large part to a program initiated by the University of Central Florida that is helping minority, first-generation and other underrepresented transfer students earn a bachelor’s degree. 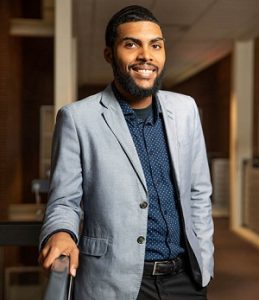 “It almost felt effortless, in a good way,” said Rodriguez, whose grades and focus suffered through high school as his single-parent family frequently relocated.

Not long after enrolling in Valencia College, he became aware of DirectConnect to UCF, an initiative that guarantees admission to UCF from students at Valencia or five other community colleges who have earned as associate of arts or an articulated associate of science degree.

The staff, coaches and other advisers who supported Rodriguez as he worked toward an associate’s in pre-articulated engineering “didn’t make me feel like an oddball,” he said. “They made me feel confident about myself.”

That’s been a goal of DirectConnect since UCF established it 13 years ago to promote greater success among the 6,000-plus students who annually transfer to the university from six central Florida state colleges, the equivalent of community colleges.

The university partners with the schools – Valencia, Daytona, Seminole, Eastern Florida, Lake Sumter and the College of Central Florida – to help students smoothly and successfully transfer to UCF to obtain a bachelor’s degree.

UCF is nationally recognized as a leader in transfer student success, and DirectConnect has played a role in that with impressive cumulative results since 2006:

A performance summary for the 2017-18 school year further demonstrates the success of DirectConnect, with its students accounting for just over 30 percent of newly enrolled UCF undergraduates, a first-year retention rate of nearly 82 percent, nearly 40 percent of all UCF degrees awarded and 13.1 percent of the degrees received by first-generation students.

Curriculum alignment and success coaching are key components of DirectConnect, which this spring graduated its 50,000th student.

Rodriguez was part of that class.

“My whole life, I was academically ambitious,” said the New York native. “I’ve always been good in school. School was never really a struggle to me, and I always enjoyed it.”

But after years of housing insecurity with his mother and two younger siblings, causing Rodriguez’s focus and grades to suffer as he bounced from school to school, he ended up with a low high school grade average.

He gained admission to Valencia, where he learned about DirectConnect. Advisers helped him stay focused and taught him the value of networking. He assumed he would earn his bachelor’s degree and get a job – until they showed him more possibilities. 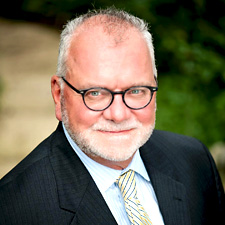 At UCF, Rodriguez became a a Ronald E. McNair Scholar. And he stayed at the university an additional year to take courses that would beef up his credentials – such as conducting research at the NanoScience Technology Center – and boost his chances of winning admission to a top graduate program, graduating six years after he started Valencia.

“The people who advised me really cared,” said Rodriguez. “They provided a lot of guidance.”

With his freshly minted bachelor’s degree in mechanical engineering in hand, he will move to Pittsburgh in August and begin studying toward a Ph.D. in engineering and public policy at Carnegie Mellon University.

Like thousands of other DirectConnect students, Rodriguez was the first in his family to graduate from college.

“DirectConnect was a key to opportunity,” he said. “It really turned my life around. It’s an opportunity where if you really take advantage of it, you can set yourself up for success.”

UCF is the nation’s largest transfer school. Vice provost Dr. J. Jeffrey Jones, who leads the UCF Connect division, described DirectConnect as a consortium managed by UCF Connect to help the university best serve transfer students at its 11 regional campuses, which are co-located with the six state college partners.

“It was really an access mission,” said Jones. “The overall diversity of socioeconomic, first-generation, races and languages have really been enhanced by the fact that the DirectConnect program does provide access to students who otherwise might not be able to attend UCF.”

The success coaches are embedded in the campuses and trained to “handle 90 percent of what a student faces and guide them through it to be successful,” said associate vice provost Pam Cavanaugh, DirectConnect’s operational lead.

The consortium is in a constant state of assessment and improvement.

UCF and the state college partners work together to make sure their curricula are aligned in fields ranging from STEM to economics to ease academic transition into UCF. A Consortium Academic Collaboration Committee explores potential degree additions, helping the state schools create proposals for desired bachelor’s programs that aren’t duplicative, said Jones.

They also conduct focus groups and convene student panels to assess the consortium and are tracking an uptick in grade averages, retention and graduation rates.

“It’s really opening doors for students who may not come otherwise, and they’re finishing,” she said.

In August, UCF and Valencia will open a joint campus in downtown Orlando with classrooms, residence halls and other amenities to serve about 7,000 students. Students will pay Valencia – whose tuition is about half of UCF’s – and earn UCF credits.

A mobile app is in the works, as well as plans to expand DirectConnect on a larger scale as it generates about 10,000 inquires a year, she said.

“We’re really taking it to the next level,” said Jones. “We’ve hit a good model, and I think the numbers speak for themselves.”

Added Cavanaugh: “We don’t stop working toward finding a way to help these students be successful. We say at the University of Central Florida that they are grittier. There’s a lot of grit here. We meet them where they are and be the possibility-seekers.”

No matter who wins, the game will change – effect of the 1996 elections on US educational policy