A steady increase since 2017 in federal funding for historically Black colleges and universities and their students is a sign that lawmakers are becoming more informed about how HBCUs disproportionately graduate African-Americans and impact economies, according to  participants in a media briefing Tuesday about a new study by the United Negro College Fund.

Lodriguez Murray, UNCF’s vice president for public policy and government affairs, cited a fiscal year 2018 budget increase of more than $78 million – a double-digit-percentage hike that came a few months after the UNCF’s 2017 impact study – plus a $25-million increase six months later for the fiscal 2019 budget and legislation in Congress now that would increase current allocations by more than 30 percent for the next fiscal year. 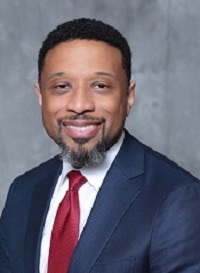 “We were able to tell at the national level, at the statewide level and at the city and locale level that our institutions individually and collectively were having a positive impact on their states and on the nation,” said Murray. “So, legislators were able to understand the need to increase funding. We were able to show the economic-impact report and the stats about the numbers being educated by HBCUs in those locales, and show the institutions in a light they had not been shown recently.”

The UNCF hopes its newest research report, HBCUs Punching Above Their Weight, will fuel the momentum that is helping the typically small and chronically under-resourced colleges and universities continue to outperform other schools in educating and graduating African-American students.

According to the study, conducted by UNCF’s Frederick D. Patterson Research Institute, the approximately 100 HBCUs in 21 U.S. states and territories enroll and degree Black students in outsized numbers despite the institutions’ smaller sizes and financial challenges:

· There’s a significant impact in states where there are only one or two HBCUs, such as Delaware, where the sole HBCU represents 20 percent of the state’s four-year institutions but enrolls 40 percent of Black undergraduates and awards 47 percent of bachelor’s degrees in the state to Black students. 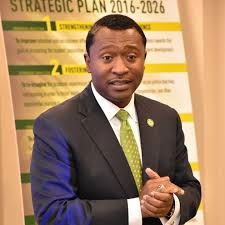 The figures, based on data from the fall 2016 IPEDS, indicated that HBCUs consistently and collectively “overpunch,” enrolling just under 24 percent of undergraduate students in the 21 states and territories in which they reside but awarding 25.5 percent of the bachelor’s degrees, said Dr. Barry Nagle, a UNCF senior research associate and a report co-author.

But their impact has been “downplayed, overlooked and undervalued,” said UNCF president and CEO Dr. Michael Lomax. He said the new study “illustrates what everyone who has graduated from or taught at an HBCU has long known: that for students in search of a higher education and for a country in urgent need of college-educated workers – a country rapidly becoming a majority-minority workforce – there’s no better choice than HBCUs.”

The state-level analysis is important because it provides a more accurate picture of HBCUs’ impact on student success and state economies than a national overview, said Dr. Brian Bridges, UNCF’s vice president for research and member engagement.

In the District of Columbia, for example, HBCUs constitute 35 percent of four-year schools but graduate more than 70 percent of all Black undergraduates in D.C., Bridges noted.

Beyond being “the primary driver of the Black middle class in America,” he said, the study highlights facts that “counter the narrative” that HBCUS are no longer relevant and are “dying on the vine.”

The nation’s economic health, especially in the Southeast – where HBCUs are disproportionately located – is fueled by education, noted Bridges, and the “current and future needs of employers, workers and communities leave us little choice but to invest in the proven capability of HBCUs to produce the results that our continued prosperity demands.”

The UNCF intends for HBCUs Punching Above Their Weight, in concert with 2016’s HBCUs Make America Strong and similar studies the fund has conducted, to reinforce the crucial educational and economic impact of “these venerable institutions, and what would be lost if they did not exist in this society.”

Philander Smith College in Arkansas, a UNCF member institution, has benefitted from the research and the $100 million a year the fund provides HBCUs and their students through about 400 programs.

PSC president Dr. Roderick L. Smothers said the school has been able to advance and nearly double enrollment over the last five years by aligning the 142-year-old school with the state’s priorities to increase its number of college-graduated citizens.

In 2016, he noted, Philander Smith conferred bachelor’s degrees on one in every four Black college graduates in Arkansas.

“This report provides HBCU presidents another weapon of education and awareness that we can use and continue to tell the story of our HBCUs,” he said, “and at the end of the day provide evidence that they are relevant, more relevant than ever before.”