The measure amends the state’s human rights law and the Dignity For All Students Act with new sections on the definition of race, including “traits historically associated with race, including but not limited to hair texture and protective hairstyles,” the New York Post reported. 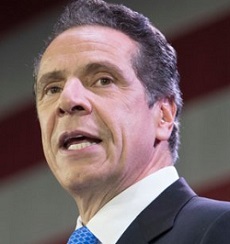 “For much of our nation’s history, people of color – particularly women – have been marginalized and discriminated against simply because of their hair style or texture,” said Cuomo. “By signing this bill into law, we are taking an important step toward correcting that history and ensuring people of color are protected from all forms of discrimination.”

The city’s Commission on Human Rights released guidelines in February stating that the targeting of people based on their hair or hair style at school, work or in public spaces is considered racial discrimination, the New York Times reported.

The guidelines mention the right of New Yorkers to maintain their “natural hair, treated or untreated hairstyles such as locs, cornrows, twists, braids, Bantu knots, fades, Afros, and/or the right to keep hair in an uncut or untrimmed state.”

They also give legal recourse to people who have been harassed, threatened, punished, demoted or fired because of the texture or style of their hair. The city commission can impose fines up to $250,000 on defendants who violate the guidelines – with no cap on damages – and can force rehirings and internal policy changes at offending institutions.

Additionally, the new guidelines don’t interfere with safety and health reasons for wearing hair up or in a net, as long as the rules apply to everybody.