Cuts to federal student loans for graduate and professional students could be devastating to African-Americans and, in a ripple effect, historically Black colleges and universities, according to a study by the AccessLex Institute.

As Congress wrestles with reauthorization of the Higher Education Act, some lawmakers have proposed limiting federal loans to graduate students as a way to reduce over-borrowing and high loan debt levels for students – even though professional and grad students have some of the best repayment rates. 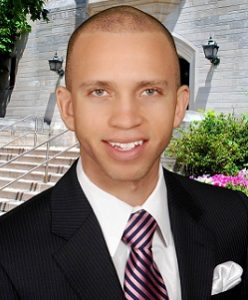 Black students take out federal student loans at the highest rate of any racial group, and HBCUs and their students tend to rely more heavily on those funds than their White counterparts.

AccessLex researchers said reducing or eliminating federal loan options such as Grad PLUS would force many Black students to either not pursue graduate studies or apply for private-sector educational loans, which have stricter criteria and higher interest rates.

“Proposals designed to have the federal government retreat from providing loans to those seeking graduate and professional degrees are misguided at best, and if implemented, would substantially hinder access to advanced education for those who need it most,” the report states.

The proposed PROSPER Act is one example of legislation that would curb federal loans to graduate and professional students. Following through on such proposals in a reauthorized HEA – a law enacted to expand access – would impede access for Blacks, Hispanics and other underrepresented groups, according to the study report.

Keinan Thompson, a senior policy associate with AccessLex and the report’s co-author, told Diverse that the change would be “a crippling blow at a minimum” to underrepresented students and that “it would probably be very swift.”

Other key takeaways in the report:

· Increasing repayment amounts or time to forgiveness for graduate student loans would be a bad and unnecessary move because graduate and professional students tend to be the best-performing cohort of borrowers in the federal student loan programs.

· Different goals, incentives and underwriting practices would make banks and other private-sector lenders unwilling to sacrifice profits in exchange for greater access for more students.

· Eliminating or severely limiting federal graduate lending as an indirect way to attempt to improve institutional quality and accountability would unnecessarily punish students.

“If the goals are to impose institutional and programmatic outcomes and potentially lower cost, then policy proposals should be squarely focused on those goals,” the report concluded. “Lawmakers should not be enticed by wholesale student loan privatization as an end-run to student or institutional accountability metrics. Given that HEA reauthorizations are infrequent at best, America cannot afford to lose an entire generation of students as the result of policy changes that do not address the stated problem.”

The chances of a successful restriction or elimination of federal student loans for graduate and professional students is “the million-dollar question,” Thompson said, adding that the study “is the first pushing back on the narrative with meaningful data.”

“This would wipe Black borrowers out of the entire sector,” he said. “If you enact this, there are going to be substantial access issues. Hispanic serving institutions will also be impacted, as well as schools that serve a large number of Black students or Hispanic students.”

The “vast majority” of HBCUs would suffer negative impact with an elimination or even reduction of federal loans for graduate and professional students, Thompson said, with some institutions faring worse than others due to the cumulative effect of individual students being denied private loans.

“A lot of people are not thinking about the unintended consequences,” he said.

In terms of concerns about overborrowing, a cap already exists on Grad PLUS amounts, noted Dr. Suzanne T. Ortega, president of the Council of Graduate Schools.

She shared the view that any changes that would effectively push students toward private lending would disproportionately impact underrepresented students, especially Black students, who are more likely to borrow to finance their education at all levels and have more difficulty obtaining loans and credit of any type.

“Grad PLUS was put into law explicitly to address concerns about predatory private lending,” she said. “And, of course, that was always about first-generation students, low-income students and students of color. And what we know for sure is Grad PLUS has been very successful in limiting borrowing from the private market. That’s what it was intended to do, and that’s what it has done.”

Added Ortega: “Anything that makes it more difficult for students to borrow and to do so through government sources really has the effect of making access to graduate school more problematic. So, forcing students back to private lenders means either higher interest rates or foregoing graduate school. Graduate education increasingly is a portal to well-paying, middle-class jobs. Federal policies should encourage access and promote affordability rather than create barriers for underrepresented students.”

Ultimately, the scale would tip in favor of “more well-resourced students” and set up a “bifurcated system of complexity, which we’re all trying to get away from, in terms of multiple lenders,” said Karen McCarthy, director of policy analysis at the National Association of Student Financial Aid Administrators.

Graduate students already have fewer financing options than undergraduates, she pointed out, and private student loans often lack the borrower protections contained in federal ones.

“Over the long term,” McCarthy said, the funding shift “could decrease the levels of diversity in graduate programs and therefore in employment and employment options that require a graduate degree. We think there are better solutions than simply perhaps removing access to Grad PLUS altogether – some type of middle ground in there.”