A report issued this week by Barnes & Noble College noted that mental health and stress issues have become increasingly prevalent among students on college campuses, but only a portion of those impacted utilize the counseling and support services offered. 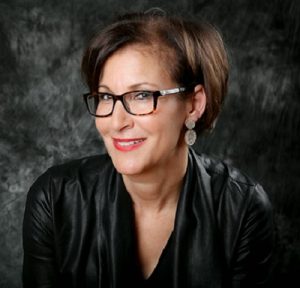 At the same time, the American Council on Education (ACE) issued a report indicating concern among college presidents about the mental health and well-being of students.

Together they highlight a greater focus on growing mental health and wellness trends among college students, from depression to suicide.

Barnes & Noble College Insights, the bookstore company’s research platform, conducted a survey of 762 college students from two-year and four-year institutions and 1,708 parents of current college students to gain insight into issues and introduce some possible solutions in “Mental Health & Well-being on Campus: How We Better Care for the Whole Student.”

“When you look at student success, it’s not just in the classroom, but it’s outside the classroom and how they’re doing at all levels of achievement,” said Lisa Malat, chief operating officer of Barnes & Noble College. “We’re able to take that data and those insights and feed it back to our college and university partners to give them better intel and thought starters. Maybe start a conversation about what they can improve.”

Barnes & Noble bookstores are located on over 700 campuses and employ nearly 15,000 student workers during peak times, providing a vantage point to what occurs on campuses. Malat said research has shown that students are faced with high levels of stress and anxiety on many fronts — from cost to food and housing insecurity to the pressure to excel to the current political climate.

The report noted that 76 percent of the students surveyed said they have experienced mental health issues such as stress, anxiety and depression. These issues are more prevalent in women and first-generation students.

The report suggested that an appropriate response to the drinking would be to bolster support networks for students.

While 85 percent said their school provides resources for mental health/student well-being, such as counseling centers, only 24 percent have used these resources. The report suggested support services beyond counseling, such as health and wellness programs and student-led support groups. 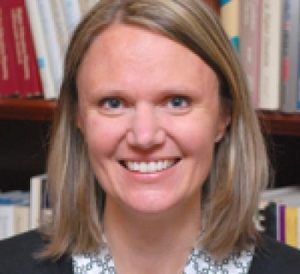 “We’re really hoping that it starts a conversation and that a college or university can leverage these insights to tailor their approaches and come up with different and innovative ways to address mental health on campus,” said Malat. “For parents, we hope it empowers them to have open conversations with students about how they’re feeling. Also, for the students to know that it is okay to ask for help and to be more aware of what’s happening within their peer groups.”

The ACE study, based on a survey conducted in late April, examined mental health and well-being from the perspective of college presidents. More than 400 presidents responded, the majority indicating that student mental health has become more of a priority on their campus than it was three years ago.

More than seven in 10 presidents responding, 72 percent, reported that they had directed funds to the issue.

Dr. Hollie Chessman, the lead author on the report, said several presidents mentioned implementing things such as “early alert” systems or behavioral intervention teams to help with identifying students who may be struggling.

The Barnes & Noble College report noted that students struggle to adopt healthy habits. While the ACE data didn’t ask about physical activity for stress relief, Chessman said, “One president did mention how they are encouraging students to engage in hiking and biking at a neighborhood forest as a form of nature therapy.”

Flexibility is a big issue for students in the Barnes & Noble College report, with 52 percent of students saying flexibility with homework assignments would help them more readily manage their well-being.

The report noted that digital classrooms and study tools provide flexibility that could reduce stress.

The Barnes & Noble College report also suggested better training faculty members to identify and address issues they may see with their students.

Parents and family also play a crucial role, that report concluded. It suggested a holistic approach to addressing student issues.

To address some of the student stresses and concerns, especially around exam times, Barnes & Noble College hosts in-store events.

“We found that many of the writing centers or tutoring centers were only available sort of nine to five, but students were seeking help in the middle of the night when they couldn’t finish their assignments,” said Malat. “That’s why we put an effort behind creating a new digital study platform called Bartleby that we’re working on with colleges and universities.

Malat said other ways to help students could be considering how to extend the availability of counseling centers, better communicating their services and making the services more accessible so that students “have access to resources at the time that they need it.”