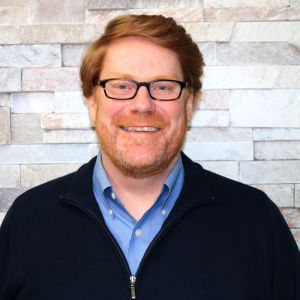 Executives at the two organizations have been discussing the merger for more than a year.

“This was very thorough and thoughtful with student impact absolutely at the heart of it,” she said. “We both said, ‘If this won’t benefit students, we won’t do it.’”

Jim McCorkell, founder and CEO of College Possible, said the pairing seemed like a natural fit.

“We’ve always had sort of a shared DNA,” he said. “Together we can serve more students and do it more efficiently.”

The model seems to work. An independent study found that College Possible students were four times as likely to graduate compared to their peers.

McCorkell pointed out that students from families in the upper 25 percent of earners are five times as likely to graduate as low-income students – an “outrageous disparity.”

“There are so many college graduates who desperately want to create more educational equity and level the playing field for students from diverse racial and ethnic backgrounds, and we certainly have tons of low-income students who need that help,” McCorkell said. “We’re really just pairing them up, and then the magic happens.”

As College Possible Washington, College Access Now will undergo some changes. It plans to tweak its curriculum and focus on keeping in closer touch with students after high school and even college. Coaches also will work on-site at schools, as well as in the Seattle office.

The major difference will be that Torres’ team will no longer have to do the back-end work of running a nonprofit, such as human resources, payroll and finance. College Possible will take care of it while the location continues to raise funds and focus on their work with students.

Meanwhile, College Access Now brings “grassroots, very community-based” programming to the table, Torres said. Her organization has about 2,000 Washington state low-income students enrolled in college. Her office will be College Possible’s second site in the Pacific Northwest, in addition to Portland, Oregon.

Aside from this new joint venture, McCorkell and Torres share something else in common – they’re both first-generation college graduates.

McCorkell was the youngest of five children, and neither of his parents graduated high school. When he went to Carleton College, he was shocked by the wealth around him, he said. 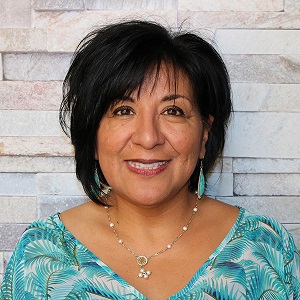 He remembers one guy on his dorm floor buying everyone pizza with his trust fund money. For McCorkell’s family, ordering pizza was “a really big deal,” a special occasion for once or twice a year.

McCorkell knows many of the students in his programs face an additional layer of challenge as kids from single-parent households, people of color or the children of immigrant parents. But he thinks his college years give him a window into their experience.

“All of that helps inform our work and helps me as a leader of the organization to understand what some of our students face,” he said.

Meanwhile, Torres had a winding path to graduation. She grew up in Nebraska, where family worked on a farm. She applied to just one college, Arizona State University.

When she enrolled, she didn’t understand what in-state tuition was – or that she didn’t have it. When she couldn’t afford the cost, Torres took a year off to work before returning home to take care of her mother, who had been diagnosed with terminal cancer. She took classes at a community college, but not all of her credits transferred when she returned to Arizona State.

“Those are the kinds of things I’m painfully aware of because I’ve lived there,” Torres said. “We’re able to tell our students, ‘Avoid the mistakes we’ve made.’”

When she came back to campus, Torres felt “very much alone” as a student of color. She remembers being one of only a few non-White students in her finance class.

“I know that feeling – feeling kind of like you don’t fit or like you’re not good enough or smart enough to be there,” Torres said. “Our message to students is, ‘Yes, you are.’ It’s beautiful because you’re adding color to the classroom and different thinking and different experiences. I know I did that in my classrooms, too.”

Now Torres and McCorkell will continue spreading that message to students together.

While Torres sees the benefits of merging with College Possible, it’s still emotional to let go of her organization’s independence. But she and McCorkell both expressed their confidence that joining forces as they are doing can create a greater impact for a greater number of students.

By merging, she added, “we are living our mission.”